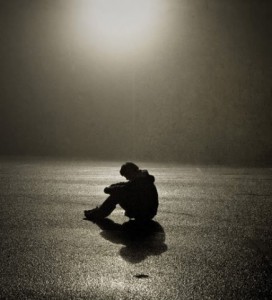 Though depression is a severe psychiatric disease, rather often people use the term “depression” to describe an upset mood. They also tend to understand depression as the lack of positive emotions, or an inability to feel joyful. However, by doing this, they substitute depression for one of its symptoms, which is called anhedonia.

The term “anhedonia” comes from the Greek words a- (which means “not,” “without”), and hedone (“pleasure”). Hence, the most general definition based on etymology would let us define anhedonia as the absence of pleasure. However, this phenomenon is more complicated.

According to the Merriam-Webster Online dictionary, anhedonia is a person’s inability to feel pleasure from activities that usually produces it. It does not mean a person, for example, enjoyed playing football, and then lost interest in this activity and switched to something else. A person with anhedonia literally cannot feel pleasure or joy from what they like to do. In its turn, this may lead to more serious consequences, because anhedonia breaks the stimuli-reward mechanism.

Perhaps a more precise definition would point out that anhedonia does not let a person feel pleasure from normally enjoyable activities. This means a person does not feel enthusiastic not only about a specific hobby, but about everything that is usually considered enjoyable: sex, music, humor, social communication and interaction, and so on. For example, a mother with anhedonia could feel that playing with her child does not make her happy (MedicineNet.com).

Yet another definition supposes that anhedonia does not necessarily mean one’s incapability of joy and happiness. Instead, it assumes anhedonistic people cannot sustain their positive emotions about certain events that cause them (Psychology Today). From this viewpoint, anhedonia is characterized by the superficiality of positive emotions. For example, if an anhedoniac person had a romantic evening and then kissed their passion for the first time, the delight from this event would be weak, and would last only for a couple of minutes. However, personally I would question this definition, as individuals have varying degrees of intensiveness when it comes to emotional reactions.

Based on the material listed above, anhedonia can be defined as a symptom of depression that is characterized by an individual’s inability to feel pleasure from their hobbies, or activities that are usually considered joyful (such as communication, sex, playing with their children, and so on). Though there exist definitions that mark anhedonia as a decreased sustainability of positive feelings, I would disagree with it, as people do not share the same levels of intensiveness of their emotional reactions; according to this definition, those who feel superficial joy instead of full-scale delight could be considered anhedoniac. Anhedonia is easy to confuse with depression, but these two terms are different.