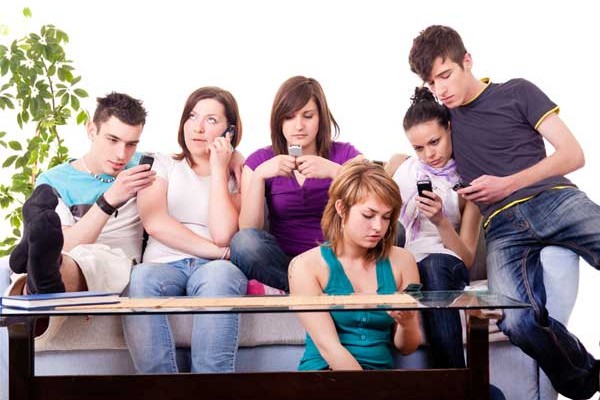 Science and engineering has made a gigantic leap forward in terms of making tech compact, portable, and comfortable to use compared to the times when the first electric programmable computer was introduced in 1943. At the end of 2015, carrying a miniature computer—a smartphone—in a pocket has become commonplace; smartphones and other gadgets have become a part of everyday life, and few people can imagine living without them. However, along with all the positives of global computerization, there are also drawbacks that people should be aware of; one of them is what psychologists call gadget addiction.

Generally speaking, gadget addiction is an obsession with your cellphone, tablet, or any other electronic device, and their abusive usage. People who had to abstain from using their gadgets for a period of time (usually for 1-3 days) displayed a variety of anxious behaviors, and managed to calm down only when they regained access to their gadgets (IFR). Symptoms may differ in each individual case, but the most distinctive of them directly points to gadgets as the source of anxiety.

One of the most common signs of developing gadget addiction is FOMO, or “the fear of missing out.” People with this syndrome feel they must constantly stay online in order not to miss something exciting or interesting their friends might share; the same refers to the fear to miss important news, be it news on TV, or a message about the health of a person’s relatives or friends, and so on. FOMO can also manifest itself in the desire to comment on every little thing happening online—sometimes just to show a person is also “there,” participating in the lives of their friends. Other common symptoms include, for example, the phantom cellphone syndrome. This is rather common even among people who have little-to-no gadget addiction; in the case of this addiction, gadget users tend to feel that their phone is vibrating, alerting them about incoming messages or updates. However, when they check it, they see there were no alerts, it was their imagination. Anxiety when abstaining from using a phone, or an urge to answer all incoming messages and emails immediately after receiving them may also be a symptom of gadget addiction (Rappler).

Gadget addiction leads to attention disorders; for example, many people with this problem experience the lack of concentration or an ability to focus on something for an extended duration; they also tend to forget things easier (problems with long-term memory) and their decision-making capabilities are in general poorer than among people who have no gadget addiction. Physiological problems directly connected to a prolonged exposure to gadgets include the development of shortsightedness, regular headaches, and aches in the neck and back (because of constantly leaning above the screen of a gadget). Some researchers also connect gadget addiction to problems with fertility, supporting their point with the over-exposure to electro-magnetic fields emitted by gadgets, but this thesis needs to be checked. And this is not to mention stress and anxiety (caused by the aforementioned FOMA and comparing one’s real life to the virtual life in social media (news feeds), communication disorders, and so on (Online-Therapy).

What is alarming is that recently gadget addiction started to develop among children of a rather young age; if a couple of years ago psychologists were talking about teenage addiction to gadgets, nowadays specialists tend to believe a child may develop this addiction earlier—starting from the age of 11. According to recent research, in which around 2,200 young people participated, approximately 65% of children aged between 11 and 17 take their gadgets to bed to be able to browse the Internet before sleep or to play games (Independent.co.uk). If a child shows a lack of interest towards activities he or she used to enjoy before, when a child becomes excessively aggressive or defensive when their usage of gadgets is mentioned, or when a child starts lying about their time spent with the gadget, it might mean he or she has developed an addiction to some extent (World of Moms).

A new age also means new diseases, including psychological ones. From this point, gadget addiction will be typical for the 21st century—the age when computers have become portable and compact, when everyone has access to the Web, and when all the entertainment in the world is at one’s fingertips. It does not mean this addiction is normal, though; people with gadget addiction display several troubling symptoms, such as the fear of missing something important when offline; a detachment from close people and favorite activities in favor of gadgets; headaches, poor vision, social anxiety, and so on. Besides, even children seem to have been developing gadget addiction recently, and this is already an alerting sign. This problem should be researched more attentively in able to save children from incurring serious psychological and physical issues.

Cassidy, Sarah. “The Online Generation: Four in 10 Children are Addicted to the Internet.” The Independent. Independent Digital News and Media, n.d. Web. 12 Nov. 2015.