How Life Has Changed Over the Past 15 Years 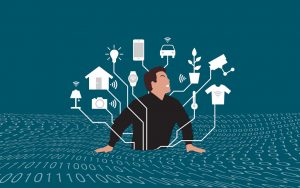 It is not a secret that the pace in which modern humanity develops is constantly increasing. Social and political agendas may change drastically in no time; scientific breakthroughs and technological revolutions occur almost annually; something impossible yesterday becomes mundane reality tomorrow. We–meaning people of the West–have got used to the dynamics of our civilization’s development to such an extent that we sometimes forget about how things used to be not so long ago. And the changes are indeed dramatic, especially if you compare today’s reality with the one of, say, 15 years ago.

At first glance, 15 years may not seem like a great deal of time. However, in order to realize how quickly time passes, let us take a look at some popular movies almost everyone today remembers and loves. Why movies? We tend to remember the best of them well, so they seem to be a matter of a not-so-distant past–even when they are not.

For example, many people know and love such movies as “The Matrix,” “The Lord of the Rings,” or “Harry Potter.” We know their scenes and scripts by heart, we remember watching them on the big screen, dropping our jaws in awe as we witnessed impressive visual effects. Now, how about the fact that the first “Matrix” movie was released in 1999? Or that “The Lord of the Rings: The Fellowship of the Ring” premiere occurred in 2001? This is almost two decades ago! And “Harry Potter?” Many of us watched Daniel Radcliffe, Emma Watson, and Rupert Grint grow. It is strange to realize that we got acquainted with them and their characters in distant 2001.

How about TV shows? Can you remember “House M.D.?” You definitely can, since it was among the most popular TV shows of its time. Which was, by the way, in 2004. “Scrubs?” Year 2001. “Game of Thrones?” Some of us are still watching the most recent season, but how about the fact that the first episode of the show was released seven years ago in 2011?

As we can see, 15 years is a significant amount of time. So, what about the changes this period brought to our lives? Politics, the economy, and science are too huge to cover in a format of an essay, so let us focus on everyday things. At the end of the day, our daily lives can be the best criteria for measurement and comparison.

The first and perhaps the most important change occurred in the way people communicate with each other. The accessibility of WiFi, mobile Internet, and touchscreen devices such as tablets and smartphones has made it possible for people to stay in touch with each other 24/7. All kinds of messengers and social networks have thinned the line between an individual’s public and personal space. We now tend to judge and evaluate people by their social media profiles, and instead of calling we prefer to text. Have you noticed how calling a person via phone turned from a natural thing into something we sometimes hesitate doing? A person might be busy after all: sleeping, working, or enjoying their free time. Texting seems safer. And, in its turn, texting changed communication as well. The necessity to cram everything you wanted to say into 148 symbols (the limit of symbols one SMS could contain in older cell phones) made people use abbreviations such as “lol,” “gr8,” “brb,” “how r u,” and so on (The Lowdown). This method of texting is faster than typing full words, so it remains popular even today. At the same time, using these abbreviations along with built-in automatic spell checking has made people pay less attention to grammar, spelling, and style. Text messages are often dry and insipid, and in order to make them more emotional people need to use emoticons, emojis, GIF-images, and other auxiliary means, turning texting into an amalgam of visual signs.

An even better example of how mobile technologies changed our everyday lives would be dating. 15 years ago, people had to look for partners through a physical environment. Parties, exhibitions at art galleries, libraries, public events, concerts, or clubs were places in which people would not only have a good time, but also meet potential lovers, or even future spouses. Of course, there were all kinds of dating websites, but generally, if you liked a person you had to approach him or her and get acquainted. This required a certain degree of courage, but this was something real: interest, drive, adrenaline, the fear of rejection–a wonderful cocktail of emotions. Nowadays, with mobile applications such as Tinder, the need to “go out hunting” has vanished. All you have to do is to swipe pictures left or right, hoping that a person you liked will like you back so that you two could have a chat. Tinder and the likes of it have turned dating (and choosing a partner) into some kind of IKEA catalog.

Another phenomenon to think about is the shortening of consumption cycles. 15 years ago, when you bought a phone or a computer, you knew that it would serve you for a relatively long time. And this is not just about the durability of things (although none of the modern technologies is as durable as, for example, old TV sets, or refrigerators, or even cars), but rather about the period of time in which a thing becomes obsolete. Perhaps the best possible example would be Apple production: whenever you buy an iPhone, you know that you are going to buy a new one in about a year. Not because your phone will stop working, but because Apple will release a newer model, with a couple of new functions, a slightly better camera, and with more advanced hardware. And although your “old” iPhone will still work perfectly fine, you will most likely rush to the nearest Apple store and trade in your phone for a newer one. The same works for many other things we own nowadays: they get obsolete too quickly. And this is not just about marketing–this is about the rapid development of technology. How long did laser compact discs remained a top-notch technology? For about 10 years, or so. Now CDs are completely dislodged from the market by digital technologies: cloud storage and such. So, who knows, perhaps the day after the presentation of a new iPhone, the whole technology of cell phones will become obsolete, and people will start using holographic displays, or implanted communication chips.

Yet another big change has occurred in the way people work and rest. 15 years ago, there was little-to-no alternatives to a regular office with boring cubicles. Of course, there were freelancers, there were outsourcing specialists, but mostly companies preferred to have their employees gathered under one roof, where they could be monitored and supervised. Today, one can choose from a variety of professions that do not require a worker’s direct presence at the workplace. The image of a freelancer with a laptop working in his or her hammock hanging between two palm trees has become slightly caricatured, but a desirable way of working. Companies offer flexible schedules, friendly working environments, regulated workloads, and all kinds of pleasant bonuses to keep their employees motivated. Many CEOs prefer outsourcing narrow-profile specialists for solving specific tasks when it is needed instead of keeping hired staff for all occasions. Certainly, there are fields such as banking and finance, in which an old-fashioned corporate model is still the most efficient choice. There are also areas that simply cannot rely on distant workers: medicine and surgery or law enforcement, for instance–but generally speaking, the trend for outsourcing and freelancing is continuing to build up.

Keeping track of all of the changes that occurred in the life of western civilization would possibly require writing a dissertation, or running a deep and thorough study. However, some of them can be noticed even by an unsophisticated eye. For example, it is obvious that mobile technologies and the Internet have changed (possibly forever) the way people communicate with each other. The pace in which technologies develop has affected consumption, shortening its spans and making people purchase new things more often, as their older analogues become obsolete in the matter of a year or two. It is also easy to notice how popular freelancing and outsourcing have become. 15 years ago, people would still mostly work in their offices. Nowadays, the amount of distant workers has increased significantly–and it keeps growing. These are obviously not all the changes, but it is enough to reflect on how quickly time passes, and how things deemed impossible several decades ago become reality in front of our eyes, within just one generation.