Modern-day psychology is equipped with a wide variety of therapies, techniques, and approaches based on different models and theories of human behavior and development. When it comes to counseling, it is useful to be armed with a selection of tools, so that a counselor’s professional arsenal allows them to be flexible and to apply different techniques based on the individual problems and situational needs of each client. But when it comes to most of the counseling models that a practitioner decides to set as the foundation of their work, both client-centered approaches and cognitive behavioral therapy are equally popular and widespread. Nevertheless, these theories are different, and their effectiveness comes from cardinally opposite sides of counseling. 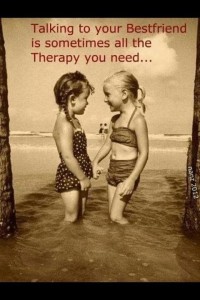 The client-centered model, also sometimes referred to as person-centered, was developed by Carl Rogers around the middle of the twentieth century. Its main focus, as can be guessed from the name of the model, revolves around the clients themselves. Roger believed that it was the clients who knew the best way of dealing with their own problems, and by listening to the words of the clients during a consultation session, by reflecting their words and being emphatic, the therapist can help in the most effective way. Roger believed it to be important that the therapist try to understand the client in the best way, and constantly check whether their understanding and interpretation of the client’s words is the right one. The client-centered approach is also much about respecting the clients and their freedom to express themselves in the most comfortable way, while constantly showing regard, and tolerance, to encourage such free expressions. This model is a bright example of a non-directive approach: meaning that the therapist does not deliberately steer the client, or provoke them, to be more emotional.

Cognitive behavioral therapy, on the contrary, uses directive consulting tools to control and guide, such as: asking questions. making interpretations. and directing client’s attention and emotional exertions. Some psychologists believe that cognitive behavioral therapy is rather manipulative, especially when compared to the client-centered model. However, this may be rather a surface judgement. Cognitive behavioral therapy has two components: cognitive therapies and behavioral therapies. Cognitive therapy is about how clients interpret the world around them, the environment and situations with which they are faced, and how these cognitive interpretations shape their emotional states and responses. Essentially, cognitive therapy focuses on thinking. It analyzes how and why the client thinks a certain way, and aims at changing these patterns to form positive, nurturing, emotional states that can replace the current state of disharmony that the client is facing. Behavioral therapy is, in a way, the next stage. It focuses on actions rather than thoughts, and equips the therapist with effective tools to form new behavioral patterns for a client by stimulating certain positive “rewards” (emotional, such as praise and encouragement), for the positive changes in behavior that the client demonstrates when encountering a certain problem.

When comparing the two models, it may seem that the role of the therapist is a lot less important in the client-centered model than in the cognitive behavioral therapy. However, this impression is far from being true. In fact, the client-centered approach is much about how the therapist encourages the client to open up by showing congruence. Being congruent means being self-aware, self-accepting, and having no mask between oneself and the client (Janon 28). The therapist is to be as honest and natural as possible, while showing sincere empathy, and nurturing the client’s inner capacity towards healing. Being appreciative of the honesty and hard work that the client is demonstrating, from session-to-session, will eventually bring fruitful results. However, this may take time, and when using the client-centered model, the therapist should be prepared that counselling may be rather prolonged.

Cognitive behavioral therapy, on the contrary, is usually used as a short-term treatment method. By actively engaging in the dialogue with the client and encouraging the client to develop a challenging attitude towards their own thoughts and feelings, even giving homework assignments and asking the client to keep a diary, the cognitive behavioral approach usually allows one to quickly see positive improvement, and gradually progress towards the desired goal. Cognitive behavioral therapy is also more structured and goal-oriented, and it allows the client and the therapist to work together towards the specific set aims, step-by-step (Norman 201). Tracking progress towards goals throughout the course of treatment allows one to fairly evaluate the success of the sessions, as well serving as an additional motivating factor for the client to believe in the reality of positive changes by putting checkmarks next to each of the small achievements.

Without close examination, the two models of counselling may seem like completely contrary methods. It is in fact true that there are a lot of differences between the two approaches, and it can clearly be seen through the above analysis. Nevertheless, the main foundations for both kinds of therapy are similar. They both concentrate on forming a mutual understanding and a cooperative atmosphere between the therapist and the client, while assuring the latter that it is the clients themselves who are the best experts on their own issues. Both models allow the client to actively participate in the process of healing, and in the case of the client-centered model, to even take the leading and controlling role in this process. For all these reasons, I believe it is important that a prudent therapist is properly armed with both concepts and is able to choose either one or the other based on how far the client already is towards regaining control of their own life.