Forward or Defender: Which Soccer Position Contributes More to a Win? 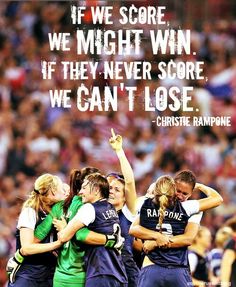 Soccer is a fascinating sport for a myriad reasons: it has changing speeds, dynamics in the variety of player positions, and a hint of unpredictability where a twist of fate can turn the game around. Soccer is no doubt a team game—one can seldom score a goal by dribbling the ball across the field and getting it across the goal line alone. Every player contributes to the overall result—even those players sitting on the substitute bench can contribute to the general winning spirit of their team. Yet, despite the undoubted fact that soccer is a team game, there has consistently been the argument as to who contributes more to a win, and thus, which role is to be considered more valuable: is it the defender or the forward players? I believe it is incorrect to consider choosing between these two positions. To prove my point, it will be instructive to compare the two roles in detail.

The forward position is no doubt both exciting and fascinating. It is no secret that forward players are commonly the most popular names in the world of soccer, and are also usually sold to clubs at a much higher rate than players in any other position. After all, it is a forward in most cases who scores that longed-for goal and makes the whole stadium chant their name. Forwards also most often earn free kicks and penalties for their team by forcing the opposing player to commit a foul to stop the marauding striker from getting the ball across the goal line (Winston, Soccer’s Reality). Forwards are the most widely recognized, that even non-fans can identify them by face and name. Soccer fans themselves will, in the majority of cases, agree that forwards are the players who deserves, on-and-off the field, more than any other.

It will guide you step-by-step through the process of finishing your assignments without stress, while also managing your time.

Assignment breakdown
into parts and deadlines

Custom reminders to finish
the assignment in time

However, there have been millions of soccer games where even the world’s top-ranked strikers have failed to score a goal because they seldom had the ball in their possession. When defenders play their role properly, there is no ball to get into the goal, no matter how great a forward is up front and how much he or she is willing to contribute. Forwards are rarely able to fall back to their half of the field to tackle for the ball, and still have the strength to bring it all the way to the opponent’s goal (Howards, Statistics of Soccer). It is the defenders who do the job of winning the ball for their team and sending it across to their forwards. It is also the defender who covers for the forward when the latter loses the ball and there is a danger of a fast counter-attack from the opposing side.

Defenders have to be ready to make a sliding tackle—alert and ready to back up their teammates in the event of a mistake. Defenders themselves do not have the luxury of making mistakes, since even a small slip on their part might result in a goal for their opponents, and thus, a loss that fans are likely not to forgive. Being a successful defender calls for a consistent, reliable, and sound performance; on the other hand, being a forward is about readiness to react in an instant, having an awareness of the play of the ball without turning around—and of course, a brave heart and a firm kick to strike for your team.

One quality that any soccer player should have—whether they are a forward, a defender, a goalkeeper, or a midfielder—is the ability to sense the team and each member of it, read their intentions and act in unison for the team’s victory (Richard, Analysis of Soccer Positions). We cannot truly say which position is more valuable: whether it is the defender or the striker, since they are both irreplaceable to the team and could not work effectively without each other.