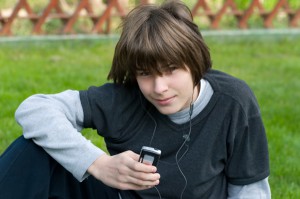 Technological progress has boosted both mobility and industrial production levels, while globalization has enhanced communication around the world and made the exchange of socio-political ideologies possible. For example, one can refer to the political revolutions in different parts of the globe—the Arab Spring and the continuing political upheaval in Syria, in particular. Taking these, and many other factors into consideration, one could say that social processes today and those about a hundred years ago are almost incomparable. At the same time, particular social groups, such as teenagers, become overexposed to the effects of these socio-political and technological changes (Connors 129). This fact can be easily noticed when evaluating modern youths’ preoccupations, hobbies, and behavior, as well as analyzing how they use leisure time as compared to their counterparts a century ago.

Today’s teenagers use many types of technological gadgets, such as computers, TV sets, smartphones, and tablets—both at school and at home. They also seem to be studying with the help of technology. Actually, the latter now sometimes takes the place that had traditionally been left to parents and teachers. This refers not only to teaching material, but also to social and communication skills. Young people have become one of the main target audiences for social media, and waste in an inordinate amount of time on social networks instead of using it to conduct more constructive activities (Connors 45).

Modern teenagers are also more educated than a hundred years ago. One of the effects of an easily accessed education is that the youth have become more dynamic and socially active. They now tend to question and test the norms and traditions of their society. By doing so, the youth have become a source of societal change in many countries—recall the boycotts of university students in different countries (Silling 256). Due to the fact that teenagers, a hundred years ago, lacked the access to quality education, they were not so active. Actually, they were more conservative and adhered to the social norms laid down by their society.

Talking about the old times, teenagers a century ago had little or even no access to modern technology. They acquired knowledge from parents and through extensive reading, and used their free time helping their parents around the house, playing outdoors, and so on (Connors 67). Education back then was a facet of society that was not highly emphasized. Access to education was considered a privilege for male children; and besides, financial difficulties in many households did not allow parents to send their children to school.

With regard to girls, societal norms a century ago, in the main, would hardly allow them to perform the same roles as their male counterparts. Managing a household was considered an appropriate position for women; therefore, girls were mostly confined to the domestic sphere. However, movements around the globe, in more modern times, have helped alleviate the plight of girls and women, so that today’s female teenagers can freely explore the same opportunities and careers as young men.