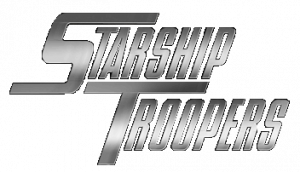 Science fiction is one literary genre whose possibilities in terms of generating engaging stories are infinite. The only limit a science-fiction author has is his or her imagination. However impossible, crazy, or unbelievable a world described in the novel is, if the author is talented, he or she will make it real for an audience. Robert Heinlein was one of such masters. It is probably difficult to find a person in the western world who would not at least partially be aware of his legacy, or who would have not read such masterpieces as “The Puppet Masters,” “Tunnel in the Sky,” Citizen of the Galaxy,” and many others.

There is, however, one novel that has become a true cult classic: “Starship Troopers,” a title that is probably familiar to everyone living in the West. The original story was published in 1959, and a year later brought Heinlein the Hugo Award for Best Novel. Despite it having been written more than half a century ago, “Starship Troopers” still remains a book without age–meaning that it does not look obsolete. On the contrary, it is one of those novels that serve as a mainframe, a roadmap to younger generations of authors who inherit the structure and the narrative of classics.

“Starship Troopers” did not have a literary sequel, but there were several movies released after the novel. In fact, there were three screen versions, but the first one is the best, so for the sake of comparison, let us juxtapose the novel with just one movie.

The book itself is written in the genre of military science fiction on behalf of the main character: Juan “Johnny” Rico. A regular teenager from Buenos Aires, he decides to enter the ranks of the army in order to earn his right to vote and become a citizen. In the world Heinlein describes, the population of Earth (or Terra, as it is named in the book) lives in a controlled democracy, a federation ruled by the military elite. The society is prosperous, even though not everyone can enjoy the full scale of civic rights. Citizenship and the rights it grants are extremely valuable, and thus come with great responsibility. One must work hard to prove one can bear it. It does not mean that those without citizenship are in any way inferior: on the contrary, the society is described as rationally organized, and not everyone wants to be a citizen, as even without this legality, life is good. Anyways, Rico decides he wants these rights, he is ready for hardships, so he joins the Mobile Infantry. While he is serving in the army, humanity is attacked by a race of Arachnids, or Bugs, as they are referred to in the book. And so, Rico enters the war.

The storyline of the book mostly revolves around Rico’s time in Camp Arthur Currie: a place where all the rookies have to undergo severe training, physical and moral, to become soldiers. Later, when Rico is already a trooper and has some experience, he starts studying to become an officer–the true elite of the army. Rico’s studying, him gaining experience, becoming able to see deeper into the nature of the society he lives in or the war the human race is engaged in–this is the true story, the true conflict of “Starship Troopers.” In this regard, this book is a coming-of-age novel, which shows a long and curvy road a teenager hothead has to walk before he or she can become a true member of society. Very similar to the “Catcher in the Rye,” “Starship Troopers” focuses on one personality placed into a social context. The war, military losses, the Federation (which is actually a fascist state) and its propaganda: all this serves only as a background for Rico’s growth.

Unlike the novel, the movie focuses around the war itself. Filmed by Paul Verhoeven in 1997, it is a masterpiece of its own. It does share similarities with the book, and the overall storyline is generally the same. There are, however, several crucial discrepancies. They do not make the movie worse than the book: in fact, both of them are great, but each in its own way. Verhoeven’s movie focuses mostly on the context in which Rico and his closest friends live. The movie is full of cheesy militaristic propaganda praising the Terran Federation and denouncing the Bugs. These advertisements are a pleasure to watch on their own; if you remember Verhoeven’s “RoboCop” (1987), you can imagine how it looks and feels. At the same time, they do a great job describing the society of the future, conveying its spirit–even though it is not depicted in the movie as detailed as in the novel. However, the emphasis of the film is on the war against the Bugs. Combat, special effects, animatronic dolls, decorations–all this looks good and feels good. However, this is not a movie about Rico’s coming-of-age: it is mostly about him already being a true citizen, a hero, a role model. Johnny’s doubts, fears, thoughts, failures, and insights are left somewhere behind the scenes: in the movie, he has already found all the answers he needed—and this is probably the biggest difference between the book and the movie.

“Starship Troopers” is a great coming-of-age novel. Set in beautiful scenes of the distant future, it tells a story of a young man’s maturation, of him realizing his civic duties, the nature of the society he lives in–and of his agreement to continue living in this society. The movie, in its turn, is intentionally filled with militaristic pathos. It focuses on the atmosphere of a fascist interstellar empire called “Terran Federation,” on its propaganda materials, on its spirit. And, of course, on the war with the Bugs. The book is more of a contemplative autobiography (although it is vividly written and engaging), whereas the film is more of an action movie. Both are good, however, and should be acquainted with.