Differences Between Tokyo and Kyoto 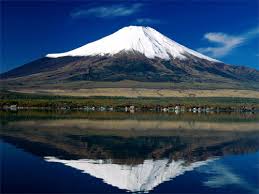 In recent decades, the title of one of the most popular cultures worldwide should be definitely given to Japan. Millions of people all over the world study the Japanese language, watch dorama (dramatic TV series on all kinds of topics) or animation, read and write haiku, and make pen pals with Japanese people. Countless people buy tickets and fly to the country of the rising sun to see its wonders with their own eyes.

Among the most popular destinations—mostly because these city names are most known to the western public—are Tokyo and Kyoto. And perhaps for an inexperienced traveler, there is a dilemma: where to go? Mostly, people know that Tokyo is a mega city of the future, and Kyoto has more to do with ancient culture, traditions, and so on. Basically it is true, but at the same time, there also exist more subtle differences one should consider when choosing their destination point in Japan.

The first of them is prices. Tokyo is expensive—as you might expect from the capital of the most urbanized country in the world (the prices below are listed in Japanese yen: 1 USD approximately equals 100 yen). So, to grab some inexpensive snack in Tokyo would cost around 850 yen. Having a three-course meal for two people in a mid-range restaurant, in case you travel with your spouse, will cost you 5,230 yen. A one-way ticket on Tokyo transport costs you 190 yen, and renting one room apartment outside of the city center costs 77,853 yen (and this is probably a weekly price). Just do not expect this apartment to be big and cozy; most likely it will be tiny, with basic utilities, and with no central heating (actually, there is no such thing in Japan at all—everyone warms their house up on their own). If you think of buying an apartment in Tokyo, forget it—one square meter of a room outside of the city center is around 1 million yen (double the price if you want to live closer to the city center).

Kyoto is not much cheaper. Although dining in a restaurant is cheaper—only 4,000 yen for two persons in a mid-range restaurant—transportation costs are surprisingly higher: 235 yen for a ride (however, if you want to purchase a monthly pass, it is cheaper to do in Kyoto rather than in Tokyo: 8,410 yen compared to 10,000 yen). If you think you can save some money buying food in a market, you are correct only in particulars: some products in Japan cost a lot of money no matter where you buy them. For example, white rice costs 850 yen for 1 kg in Kyoto (453 yen in Tokyo). White bread, tomatoes, chicken breasts, and especially cheese—these are the most expensive products both in Kyoto and in Tokyo. Speaking of accommodation, renting or buying an apartment in Kyoto is much cheaper: for a one room apartment outside of Kyoto’s center, you must pay 48,000 yen to rent, or 300,000 yen per square meter if you want to buy it (Numbeo.com).

Tokyo is great to visit if you enjoy hustle and bustle, if you want to feel the heartbeat of a mega-city, dive into its life, and experience all those crazy things people in the West usually tell about Japan. Be prepared for the overcrowded subway— and “overcrowded” is a gentle way to put it; in fact, you can take a 60-minute ride in the subway, and your feet will not even touch the floor, because you will be squeezed between other people so tight that you can even take a nap in this position. Kyoto, on the other hand, is good to visit for all those who feel inspired by traditional Japanese culture: haiku, hanami, court customs, the No theater, and so on. In Kyoto, you will not see amazing skyscrapers, over 280 subway stations, and the craziness of the famous Shibuya crossing; instead, get prepared for temples, tea houses, museums: all things antique and authentic. But, if you want modernity, go to Tokyo, and you will not feel disappointed—this city already lives in the future (Go Overseas).

It is difficult to say which city is better for an inexperienced tourist to visit, Tokyo or Kyoto. Kyoto is cheaper, especially in terms of renting an apartment, and is more suitable for those looking for the old Japanese culture weaved into sophisticated palaces made during Heian-jidai. Tokyo, on the contrary, is an enormous metropolis, with crazy prices, crazy transportation, crazy everything. The atmospheres are different, but both of the cities will make you awed, so if you have a chance, you should definitely visit them.