Western Yoga Versus Traditional Yoga: Is There a Difference? 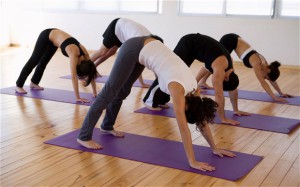 In my opinion, one of the most significant aspects of 21st century life is the inevitable process of globalization. Its opponents claim it contributes to nations losing their distinctiveness—and they are right to some extent. But, on the other hand, globalization has also helped people access the cultural heritage of other nations, and thus enrich their own. Discovering the East aided western people in looking at life from a different perspective; new spiritual conceptions, martial arts, and the knowledge about esoteric medicine are just a few boons gained by western civilization after contact with the East. Meditation and various yoga systems are also among these gains. However, as it often happens, they have quickly become a mass cultural phenomenon; thus, they were made commercial, simplified, and adjusted to the needs and pace of life of an average westerner. Therefore, traditional yoga systems and those taught in the West differ significantly.

To start with, western yoga is strongly focused on postures (asanas) and breath. Advertisements on the Internet often include an image of a man or a woman sitting in the Lotus Posture, or in some other asana, which obviously requires being in shape. Searching on Google proves that yoga is often seen only as a variation of fitness; questions like “What is better: yoga or pilates for losing weight?” illustrate this thesis. Besides, unlike eastern yoga, where a great focus is made on being attentive to yourself and to your body signals, in the West, yoga classes often incorporate such elements as music or gymnastics. Though this is often made to make classes look diverse and attract new customers, it makes for a great distracting factor for practitioners (Bhagwan Sri Aditi Akash). This takes yoga away from its meditative aspects and turns it into another form of fitness.

The slogan of the entire western world could be “Better, higher, stronger,” since this principle helps people to function and survive in its competitive environment. Unfortunately, this attitude works even for yoga, where the instructor can force the practitioners to “flip through poses at lightning speed” during one training session (MindOnTravel). Considering many people also try to practice yoga postures on their own, guided only by tutoring videos on YouTube and the aforementioned slogan, such training mostly does harm instead of being beneficial: the number of yoga-related emergency room visits increases each year (Azcentral.com).

Eastern, or traditional yoga, embraces another approach. Western yoga almost makes a cult out of asanas and breathing techniques; people start to set goals for themselves, such as being able to sit in the Lotus Posture, for example, and this takes them away from the true meaning of yoga practices. Traditional yoga sees postures only as methods of returning to the inner self, comprehending our own essence. Sometimes the easier an asana is, the deeper it can take a practitioner into meditation; there were cases when people experienced sudden insights while simply lying on a floor during their yoga classes. While for westerners, asanas become a way to reach a close-to-perfect physical shape, in the East, health and the ideal body condition often are side effects of a deeper practice of self-exploration and meditating (Bhagwan Sri Aditi Akash).

Eastern and western (or modern) yoga systems differ in a number of ways. In the West, yoga practitioners focus more on physical shape; they tend to pay more attention to asanas and breathing techniques, which can take them away from the meditative aspects of yoga practice. In addition, western systems often incorporate music and other outer elements that distract practitioners. Due to the peculiarities of the western mentality, people who try to practice yoga on their own can get serious injuries. On the other hand, eastern, or traditional yoga systems tend to concentrate more on the meditative aspects of practicing yoga; they pay more attention to the exploration of the inner self of a practitioner, and see asanas and other techniques mostly as methods, not as goals.