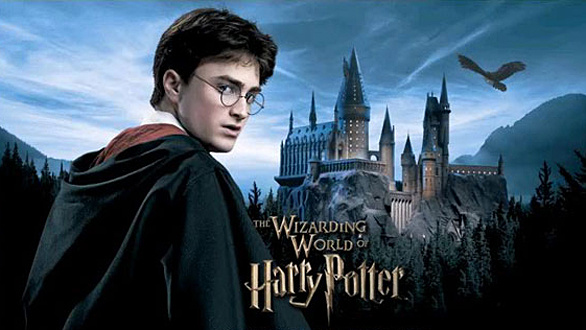 If you research the question about which books were the most significant for the generation born in early 1990s, the answer would probably be predictable: the “Harry Potter” series and “The Lord of the Rings.” Of course, there were other popular franchises, such as “Dune” by Frank Herbert, or “The Wheel of Time” by Robert Jordan, but they did not have the significance in the minds of teenagers in the 1990s. And probably, it was Harry Potter who managed to become more commercially successful and loved by a wider audience—“The Lord of the Rings” was sometimes too epic and too dark to become popular among children.

Another reason why the Harry Potter franchise became so significant was probably because Harry was the same age as J.K. Rowling’s main audience: children. The young sorcerer was only 11 years old when he first arrived at Hogwarts, and so were the boys and girls who followed his adventures. This provided the author with a unique opportunity to make her character become mature together with the audience—so whatever happened to Harry and his friends, it remained realistic and important for fans.

Despite all this, the Harry Potter franchise can boast of other advantages as well. An interesting story is one of them. It all starts in a rather trivial way though—with a boy being branded as the “unique one,” a survivor of a terrible assault with a destiny to defeat an evil overlord. However, this is the basic layer of the story. Getting older, developing relationships, studying: Rowling describes all these events, important in the life of any teenager, in an exciting setting full of magic and wonders—and manages to do so like no other. Magic in her books is something daily, habitual—and it makes it even more wonderful.

Rowling created vivid characters; however, not all of them revealed their potential from the very beginning. Surprisingly, the one who truly took his time before finally showing his personality was Harry. Whereas Ron, Hermione, Draco, Snape, and other characters possessed vivid and readable personalities from the very beginning, for a long time, Harry remains some kind of an “event-trigger,” whose main goal is to move the story forward. Either something happens to Harry, or he does something on his own—and this allows the author to move one step further. It does not mean Harry’s character is badly researched—it is rather that Harry has nothing remarkable about his personality. The situation changes for the better, however, in the third book and further on, which impress with well-developed, realistic characters.

What is confusing sometimes is the motivation of a number of characters. Voldemort is evil because he is evil; Dumbledore sacrifices himself because he is wise; Snape dislikes Harry because Harry’s was unfair to him; Draco acts like a bully and idiot because he is from Slytherin (actually, this is fair for all other Slytherin students); Dolores Umbridge, while definitely being one of the most-hated characters, also seems to have no clear motive to torture students, and so on. On the other hand, Harry and his friends develop their motivation while maturing, learn to take responsibility, and accept their duty.

Other than this, there are no significant drawbacks in the series. The writing style of Rowling fits the described events perfectly—relatively carefree and fairy-tale like in the first books, it becomes more dramatic with each following novel, creating the atmosphere and fully conveying the drama. The storyline remains intense and vivid throughout all seven books, and this is probably the author’s most important accomplishment (along with creating a whole cult of fans)—not every author manages to find and maintain balance between commerce and quality.

The “Harry Potter” series is definitely one of the most important breakthroughs in the literature of the 21st century; it will probably outlive its creator, and become a favorite book for the following generations of young readers.