The recent scandal in the Montblare prison has, once again, brought to the surface an issue that has long been vigorously debated across the country. “Are prisoners being treated properly and, more specifically, is it ethical to engage prisoners in work that involves various harmful undertakings for the sake of private sector prison investors?” Regular Reps reports that there are over two dozen grand prison investors—gluttonous businessmen who are earning billions off prisoners’ labor (Dono, Regular Reps). 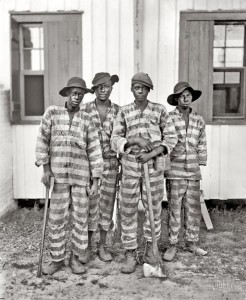 The question of whether or not prisoners should work has long been off the agenda. Research once again proves what we already know that labor plays a significant positive impact on the rehabilitation of felons (Castor, Rehabilitating Felons in the New Century). Work is an important condition of living in a modern capitalized society, and approximately 77% of people, all around the world, are engaged in some sort of, more or less, regular work (Fancer, Cast Aways). Therefore, one aim of a society is to make sure that felons will be able to not only make up for their crimes and repent for their actions, but also to successfully reintegrate into a society and play a positive, active, and healthy role within their community.

Working means feeling needed. Working in a team means knowing you are a part of a bigger process; feeling you belong in a social group; that you have your own irreplaceable part in its functioning; and it awakens the desire to contribute to the common wellbeing. There is little debate about whether prisoners should be made to work or not—they most certainly need to be. Another fact in support of this opinion is that prisoners are being kept, and fed, by the money of taxpayers. It would only be fair to pay back to a particular society by learning to do useful actions (or engaging in work that a prisoner is already proficient at), thus making their contribution to the system of labor.

Nevertheless, few people might actually realize the truth about prison labor: it is not a society that harvests the crops of the prisoners’ work. It is some two dozen businessmen who have invested in the prison system of the United States, in different states, and are now reaping their profits (Richards, Heads and Their Weight). When I personally found out about this fact, it made me feel sick. I can only imagine how it would make the prisoners themselves feel about their work, about the system of justice, and the few who apparently are only too willing to benefit from their labor. This most certainly is not fair, and a policy needs to be implemented by the government to break this cycle—otherwise, the prisoners will keep being exploited, and the taxpayers will continue to be fooled.

When it comes to the system of justice in America, there are many debates about what exactly is right or wrong. There has been an influx of dilemmas; there has been supporters and opponents of the existence of the death penalty, or granting amnesties. However, the issue of whether prison labor should be controlled and governed by the private sector seems to be unequivocal rather than debatable. It is not just unethical—it is simply corrupt to let a few corporate leaders earn profits from prisoners’ labor, while a society sustains these prisons with the money of taxpayers.