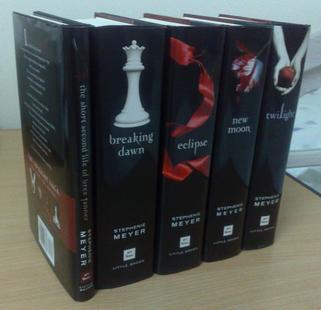 Among the literary products that become popular in the media and with consumers, one can point out two main categories. The first category consists of novels, stories, or poems that become popular due to an author’s talent, vivid characters, and dramatic plots; the second category refers to those books that have nothing special about them, but have been actively promoted or a naive nuance on a popular subject, and thus made it into bookstores and the cinema. An example of the first category is the Harry Potter series or the (in)famous Game of Thrones; the best illustration for the second category is the Twilight series.

The cinema version of this novel has the word “saga” attached to it—as well as the official ebook with some additional content referring to the novel. Since the movies were made rather similar to the literary source, it is fair enough to try to figure out why the movie creators thought the word “saga” would describe Twilight accurately? Originally, a saga was a story about the heroic, or at least somehow significant, deeds of viking war chiefs, jarls, or Scandinavian mythical heroes such as Beowulf; nowadays, this word is most often used to characterize a novel that contains elements of an epic. By all means, J.R.R. Tolkien’s Silmarillion or The Lord of the Rings is definitely a saga. The aforementioned George Martin’s Game of Thrones can be called a saga as well, considering the scales and the significance of events occurring in his universe. What epicness is there in a lovey-dovey story about a relationship between a schoolgirl and a vampire? Obviously none, neither in the novel, nor in the movies—it is simply a marketing turn aimed at making the source look like something more worthwhile than it is.

This does not matter much, however. What is more important for a critical review is observing the plot, the characters, and the style of the source. In the case of Twilight, all of them are poorly constructed.

The plot revolves around Bella Swan, an American schoolgirl, and a 104-year-old vampire named Edward Cullen. Later, another main character comes in: Jacob Black, a werewolf. The storyline of the entire saga can be described in a couple of sentences. Bella meets Edward and falls in love with him; later, she learns he is a vampire, but this does not stop her, and only seems to make her even more attached to him. He falls in love with her too. Bella is attacked by James, a vampire from a “bad” clan. Edward and his family, who belong to a “good” clan, kills James. In the second book, Edward and his family leave Bella’s town because Edward believes he endangers his beloved. Depressed, Bella switches to Jacob, who is a werewolf. Jacob and his clan protect Bella from Victoria, a girlfriend of James from the first book. Edward thinks Bella died, and wants to commit suicide, but then Bella appears and stops him. She gets introduced to Edward’s clan, which decides she must be turned into a vampire someday. Bella and Edward reunite. In the third book, Victoria gathers an army of vampires (still, to avenge her boyfriend?), but it does not seem to trouble Bella, who instead cannot choose between Edward and Jacob. In the end, Victoria is defeated by the joint effort of werewolves and vampires, and Bella marries Edward. In the fourth book, Bella gives birth to Edward’s child, almost dying in the process, but gets saved by being turned into a vampire by her husband. The vampire clan decides to let their hybrid child live, the end. Finally.

This is it. Of course, any book can be described like this; for example, the plot of “The Lord of the Rings” can be described even in a shorter way: “Four guys go to a dangerous land to defeat an ancient evil by destroying an important artifact, and their friends help them.” However, unlike Tolkien’s novel, Twilight has nothing to offer to a reader except the events described in the previous paragraph. This is ridiculous, considering four published books, some sort of online encyclopedia, and movies.

The weakness of the plot is fueled by the idiocy of the main characters (all characters, actually). The first and foremost question: why would a 104-year-old person fall in love with a teenager? Theoretically, people get wiser when they get older, although reality proves it is not necessarily so. I would understand if Edward treated Bella as an adopted daughter, at least. But love? There is a special word for adult men having romantic and sexual relationships with teen girls. Also, according to folklore, vampires are sadistic, vile, and sexually-insatiable creatures, so in a proper vampire story, exploitation and being devoured would be Bella’s only options. But a true, clean, and romantic love? This is stupid. The only reason why it became possible is probably because aging has negatively affected Edward’s (and his family’s) mental capabilities. Also, why would Bella not feel scared of knowing people who suck blood, or who can turn into savage beasts? What kind of weird taste or fetish is that? And it is not only Bella and Edward acting weird—Jacob, Victoria, the vampire clans, and other folks appearing in Twilight seem to have little-to-no common sense, reason, or logic.

As for the style Twilight is written in, it is hard to say anything. My main impression from it was that the author first wrote a regular romantic lady’s story, and then suddenly decided to turn the main characters into vampires and werewolves.

As a summing-up grade, Twilight should get 3 out of 10 proper vampires. Awful, but not because it is a horror story.