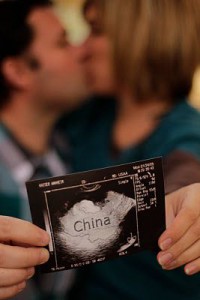 In the past, children were raised mostly by their biological parents. In the rare case they were not, they had either to survive on the streets or live in orphanages. However, times have changed, and today children can be raised in single-parent families, by grandparents, foster parents, stepparents, or other parenting figures—all this is due to the procedure of adoption, which has become common worldwide. However, the occurrence of adoption has a number of features that distinguish it from a simple residence of a child in a family.

Adoption is a way to provide parenting care to children whose biological mothers and fathers have no opportunities or wish to take care of them. It is a procedure that establishes a lifelong legally-recognized relationship between an adoptive parent and a child. In such case, a parenting figure takes on all the responsibilities of the adopted child’s safety, education, healthcare, development of life skills, welfare, and other factors regarding to the child (CHS).

Once an adoption has been granted to guardian parents, it can no longer be reversed; stated succinctly, guarded parents cannot refuse to take further care of a child they have decided to take from an orphanage or elsewhere. In their turn, after being adopted, children lose their former legal boundaries with their biological parents, and become full members of their adopted families, usually taking their last name (Royal Greenwich). Adopted children are also granted the same rights and privileges (including the right of inheritance) as if they were biological children of guardian parents (Niderect).

There can exist different kinds of adoption procedures. In particular, in Canada, four types of adoption are recognized: private, public, international, and relative adoption. By private adoption, birth or expectant parents are connected with a possible guardian family with the help of an adoption professional; public adoption implies arranging a connection with aspiring guardian parents through specialized organizations; international adoption implies adopting a child from another country. Finally, relative adoption means adopting a child by a stepparent or another close relative: grandparents, uncles, cousins, and so on (Adoption Council of Ontario).

In order to be able to become an guardian parent, a person should match certain criteria. Usually adoption agencies require candidate parents to be at least 21, but other factors are individual, meaning that agencies analyze each applicant’s circumstances on a case-by-case basis (Nidirect).

Adoption is a way for children who have no parents to feel the benefits of parental care. It is a legal procedure that implies that guardian parents take the responsibility of an adopted child. In their turn, adopted children have the same rights and privileges as if they were biological children of guardian parents. This procedure has different types, including adoption of foreign children or adoption by close relatives; but, regardless of the type, it cannot be reversed.