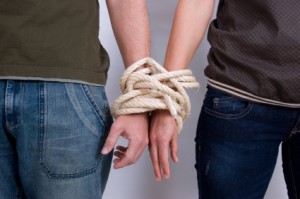 During their lives, individuals follow several important concepts that play a significant role in their existence. Among the most common of them, success, well-being, and faith are prime examples. Another and perhaps one of the most ancient concepts is love. This word is one of the most widely-used in the world, although there are many sound reasons for the substitution of this concept when speaking of it. What is most confusing is the notion of “codependency,” which brings, in contradistinction to “love,” a harmful and morbid experience.

According to Merriam-Webster online, codependency is a psychological condition or relationship in which a person is controlled or manipulated by another who is afflicted by a pathological condition. Dictionary.com defines codependency as a relationship in which one person is physically or psychologically addicted, for example, to alcohol or gambling. In addition, Oxforddictionaries.com offers the definition of codependency as an excessive, emotional, or psychological reliance on a partner, typically one with an illness, or addiction, who requires support.

These are the most common interpretations of codependency. As it can be observed, all of them contain several keywords: relationship, partner, dependence, addiction, or pathology, and characterize this state as “unhealthy.” At the same time, many psychologists claim that codependency is not just about being in a relationship with a person having an addiction, or who is mentally challenged. Research indicates that it is a state that is commonly mistaken for love and is typical in most relationships. Thus, 98% of grown-up Americans who are married or are in a romantic relationship are considered to be codependent (Weinhold 46). Actually, it does not matter whether one of the partners has a certain obsession, as codependency develops even between people who are free from bad habits.

Codependency can be defined as a psychological state involving a heavy emotional reliance on a partner, characterized by excessive caring, a constant search of their acceptance and approval, and by painful experiences as a consequence. Among the latter, one can point to excessive and unjustified jealousy, repressed anger, unspoken resentment, and the feeling of abandonment. Codependency is considered to be the same kind of addiction as alcoholism and narcomania—the difference being that the object of the unwholesome passion is directed to another person. Codependent people often forget about their needs, interests and goals, sacrificing it all for the benefit of the partner they “love.” Stated succinctly, codependents make the relationship more important than themselves. For classic examples of this disease, one needs to look no further than Romeo and Juliette, Othello and Desdemona—or from the more recent past, Sid Vicious and Nancy Spungen, as much less romantic, but still a codependent relationship.

Codependency, which is sometimes called neurotic affection, is supported by a number of extremely powerful and enduring myths, which are taken for granted by the majority of people. For example, one of the most widespread myths is that partners should always endorse each other. Another typical myth is the dream about a perfect partner. One more myth prescribes that partners satisfy each other’s needs and match all interests in all spheres of life (Weinhold 422). These and many other myths are supported by mass culture: popular songs, movies, books, and other media promote this kind of relationship. The same mistake was constantly made during previous centuries and perhaps only religious and philosophical movements, such as Christianity, or Buddhism, had taught people true love.

It can be seen that codependency is a phenomenon that is often confused with love, due to the prevalence of numerous uncritically-perceived myths supported by modern and ancient cultures. 98% of Americans presumably are in codependent relationships. This is the unhealthy psychological state of excessive, emotional reliance on a partner, which is characterized by an obsession to control and take care of one’s partner, and by a constant search for that partner’s approval. This state is accompanied by various painful experiences, such as excessive jealousy, a feeling of abandonment, repressed anger, insults, and a constant craving for being needed and recognized. Codependency can be successfully cured without breaking relationships, but it is important for patients to realize their problem and to want to get out of it. 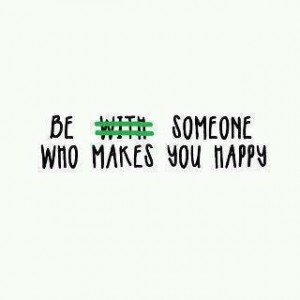