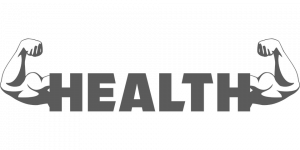 The word “health” seems to be straightforward. However, each word has a history and nuances in definition, and the word “health” is no exception. Health can be spoken about in terms of biology, wellbeing, and personal satisfaction. In the following paragraphs, we will explore the etymology of the word “health” and how the word relates to various disciplines.

There are two theories of the progression of this word. Firstly, it is thought that “health” as a term derives from the Proto-Germanic word “haliþaz,” man or hero. Later, with Old English, the word transformed into “hæleþ,” with the meaning of man, hero, or fighter. Finally, in Middle English, the word became “haleth,” which has the same definition as in Old English. According to another form of etymology for “health,” the word came from the Proto-Germanic term “haliaz,” which is defined as whole or hale. This transferred to the West Proto-Germanic language as “hailiþō,” “hǣlþ” in Old English, and “healthe” in Middle English—all with the same meaning. According to the first theory, “health” is “Cognate with West Frisian held (“hero”), Dutch held (“hero”), German Held (“hero”), Danish helt (“hero”), Swedish hjälte (“hero”), Norwegian hold (“hero”) (Wiktionary). As you can see, the progression of the word “health” is a bit muddled, and not exactly linear in meaning.

However, in modern English, it is understood to be a mass noun referring to “The state of being free from illness or injury,” figuratively as “A person’s mental or physical condition,” and as a saying, with it being “Used to express friendly feelings towards one’s companions before drinking” (Oxford Dictionaries). This is far from the definitions and the contexts it was used in some of etymological theories of its Proto-Germanic, Old English, and Middle English origins.

Though these are standard definitions of “health,” the word also correlates to many disciples. For instance, The World Health Organization in 1948 proposed that health relates to “physical, mental, and social well-being, and not merely the absence of disease and infirmity” (World Health Organization). However, later the Organization revised its definition as, “The extent to which an individual or group is able to realize aspirations and satisfy needs and to change or cope with the environment. Health is a resource for everyday life, not the objective of living; it is a positive concept, emphasizing social and personal resources, as well as physical capacities” (WHO Regional Office for Europe). It is easily noticed that this pivotal Organization changed its definition to a more holistic statement as time went on.

In relation to psychology, which focuses more on mental health (which also interacts with our physical system), the word “health” is prominent. According to Psych Central, “Mental health and wellness is the state at which one feels, thinks, and behaves. Mental health can be viewed on a continuum, starting with an individual who is mentally well and free of any impairment in his or her daily life, while someone else might have mild concerns and distress, and another might have a severe mental illness. Mental health is just as vital as physical health” (Psych Central). As you might have noticed, mental health is not so black and white. It is difficult to determine the exact sanity or insanity of a person; however, we can generalize about how a person stands in terms of mental health.

“Health” is a fairly old word, deriving from the Proto-Germanic language, which continued on in Old English and in Middle English. There are two versions of its etymology, but at present there is usually one generalized definition of the word by the World Health Organization. Health encompasses physical, psychological, and social wellbeing.

“What Mental Health Means to Me.” Psych Central, 10 May 2013, psychcentral.com/blog/what-mental-health-means-to-me/.