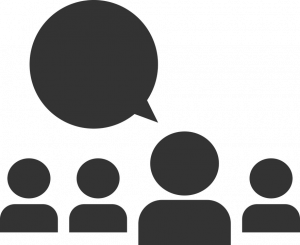 With so many opinions used in the news, in our personal conversations, and in debates, it is worth knowing more about this word. Though we might think that “opinion” is a one-dimensional word, it has several facets. A opinion can be a judgement, viewpoint, or statement. Commonly, an opinion is not conclusive, and reflects a person’s perception. Therefore, they are windows into a person’s mind. Below, we will delve into some of word’s epistemology, its origins, and different types of opinions, which comprise the word’s varying definitions.

Now that we have looked at how the word “opinion” is used in various disciplines, let us look at the history of “opinion.” The word began to be used in Old French around the year 1300. It was spelled the same, and had roughly the same meaning. This word from Old French originated from the Latin word “opinionem,” which meant, “opinion, conjecture, fancy, belief, what one thinks; appreciation, esteem,” from [the] stem of opinari “think, judge, suppose, opine,” from PIE *op- (2) “to choose” (www.etymonline.com).

In casual use, an opinion means an individual’s perception, desire, and belief. Also, the word “opinion” can be used casually as a way of pointing out that evidence has not substantiated a certain point, but the person would like to express a viewpoint regardless. Sometimes, the word is used as a polite way of saying that one does not know much about a certain subject.

With public opinion, an opinion becomes an aggregate of many people’s thoughts. It usually reflects what a majority of people in a certain society believe or think. Gathering public opinion is a valuable exercise for politicians, marketers, and researchers.

There is a term “group opinion” that is used in political science and psychology. A certain group’s opinion is researched in order to ascertain answers to certain questions within particular disciplines. Researchers often want to know how an organizational body thinks and believes as a collective.

If you have watched TV shows about lawyers, you might have heard of a legal opinion. It is an opinion given by an attorney to a client. But these opinions are not given in a casual sense, but more for business transactions. This type of opinion expresses the attorney’s professional view on a legal matter. Though a legal opinion is not a guarantee of any result, a mistaken or incomplete legal opinion can become the grounds for malpractice.

In the same vein, a judicial opinion is the opinion of a judge or a group of judges. This flavor of opinion explains and/or discusses an order or ruling in court that is controversial. The opinion is given based on facts and principles rather than personal belief. The goal of giving such an opinion is to show the rationale behind the court’s decision (O.S. Kerr).

An “editorial opinion” is a term employed to state an evaluation of a topic by a newspaper on an editorial page. Like other professional opinions, they are based facts and logic rather than intuitive perceptions.

As you can see, there are many types of opinions, and many uses for them. Next time you give your opinion about a certain subject, now you can process your thoughts more diligently. Just make sure you use solid logic when forming an opinion that could last with you your entire life.

Plato’s Analogy of the Divided Line: A read at the Eastern Division Meetings of the American Philosophical Association, December 1988.