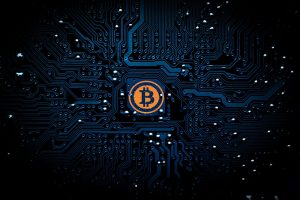 Bitcoin is currently a craze. It is a cryptocurrency, or electronic cash. It is marked by its decentralized nature without a central bank or administrator. The currency can be sent from user to user on the Bitcoin network without a middleman. In this respect, Bitcoin has been revolutionary. Though there are other cryptocurrencies besides Bitcoin, it is the most prominent one. In order to understand more about this phenomenon, this essay will explore the history and inner workings of this digital currency.

There is not much known about the inventor of Bitcoin. Though the person who authored it is known as Satoshi Nakamoto, his identity is not fully known. At any rate, the domain name bitcoin.org was registered on the 18th of August, 2008. According to Business Insider, “Two months later, a paper entitled ‘Bitcoin: A Peer-to-Peer Electronic Cash System’ was passed around a cryptography mailing list. The paper is the first instance of the mysterious figure, Satoshi Nakamoto’s appearance on the web, and permanently links the name “Satoshi Nakamoto” to the cryptocurrency. Among Bitcoin’s earliest enthusiasts was Hal Finney, a console game developer and an early member of the “cypherpunk movement” who discovered Nakamoto’s proposal for Bitcoin through the cryptocurrency mailing list” (Bernard, Zoë). Finney became the first receiver of a Bitcoin transaction. On January 3rd of 2009, the Bitcoin network was created by Nakamoto by mining the first block of the chain—otherwise known as the genesis block. According to Wired, “For a year or so, his creation remained the province of a tiny group of early adopters. But slowly, word of bitcoin spread beyond the insular world of cryptography. It has won accolades from some of digital currency’s greatest minds” (Wallace, Benjamin). The greatest earliest supporters of Bitcoin came from cyberpunk enthusiasts and digital currency creators.

The progress and popularity of Bitcoin was gradual. By 2010, the first commercial transaction using Bitcoin was made by Laszlo Hanyecz to buy Papa John’s pizzas for 10,000 bitcoin (Kharpal, Arjun). After this time, Nakamoto mined up to one million bitcoins, and disappeared. Before he left, though, he gave the network alert key and control of the code repository to Gavin Andresen, a software developer. This led him to become the lead developer for the Bitcoin Foundation (Vigna, Paul).

2011 marked a significant year for the digital currency. Bitcoin made “proof-of-concept” transactions with black markets such as Silk Road—the first modern darknet market, which mostly sold illegal drugs. For 30 months, Silk Road exclusively used Bitcoin to make translations. Overall, 9.9 million bitcoins were employed by them, which amounts to 214 million dollars. From these types of transactions and partnerships, the price of a bitcoin started at $0.30, but grew to as much as $31.50 in June of that year. Later, however, the price of a bitcoin dropped back down to $4.77. Another big happening was the creation of the first spin off of Bitcoin: Litecoin. From this first “altcoin” came many other variations and takes on cryptocurrency (McMillan, Robert).

Fast forward to 2019 and Bitcoin currency has fluctuated a lot but has also raised its value significantly over the years—especially from its humble beginnings. Bitcoin, and other cryptocurrencies, are at once praised and criticized enthusiastically. The market for these coins are mostly volatile but there is perhaps a brighter future for them in terms of stability. Unfortunately, Bitcoin experienced hacks in 2018 and this has negatively affected its value and reliability (Chavez-Dreyfuss, Gertrude). Yet, many experts believe that in the near future, cryptocurrency will be a regular installment of the economy in many countries. This change will be perhaps gradual, but many experts say that this transformation is almost inevitable.

Bitcoin has created a currency revolution. Initiated by the anonymous Satoshi Nakamoto, Bitcoin is an open-source, person-to-person currency that is transferred digitally without middlemen or centralized control. Though the digital coin had humble beginnings in a pizza shop and black markets, it has now been used for a multitude of purposes and its price has skyrocketed since its beginnings. Though the cryptocurrency market is more volatile than regular currencies, many see Bitcoin and other companies as pioneers in a physical-money future.

Bernard, Zoë. “Everything You Need to Know about Bitcoin, Its Mysterious Origins, and the Many Alleged Identities of Its Creator.” Business Insider, Business Insider, 10 Nov. 2018, www.businessinsider.com/bitcoin-history-cryptocurrency-satoshi-nakamoto-2017-12#on-january-3-2009-30000-lines-of-code-spell-out-the-beginning-of-bitcoin-2.