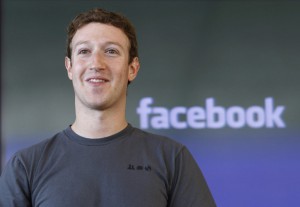 Mark Zuckerberg, one of the five co-founders of Facebook, knew exactly what he was doing when he propelled himself into the computer programming business. As a young entrepreneur, Zuckerberg learned that in order to be successful, you must have three key attributes; ambition, creativity, and risk-tolerance.

The main attribute that Zuckerberg acquired was ambition in order to jump-start his campaign to introduce Facebook to a wider audience than just Harvard University students. Most people believe they are ambitious until the pressure of an external source backs them into a corner and the “way up” seems far away (Open 564). Ambition comes from within as a form of willpower and forces us to make serious decisions in order to be successful. Most entrepreneurs must pay serious dues to get to the point where they need to be. Hard work and dedication is a must, even if you do not think your product will last after its debut. Zuckerberg’s drive to launch Facebook, from his university dormitory, despite the competition of other leading social networks, showed he was committed to his product and had faith it would be a sensation (Open 237).

Another key attribute that Zuckerberg has is creativity. The development of Facebook was an imaginative idea: having friends and family connect over long distances through images, text status updates, and a personalized forum. When Facebook first hit the Internet, it was plain in design and easy to navigate. Though the website started at this humble beginning, Zuckerberg continued to use his skill of innovation to reshape and rethink Facebook’s design and layout. Rolling out every month or so, new features are developed and deployed on the website to increase its popularity, usability, and efficiency (Collins 17).

Zuckerberg has taken many risks to claim his way to fame. One of the main risks any businessperson faces is the factor of their product not selling. In Zuckerberg’s case, his main concern was whether or not Internet users would latch onto Facebook, considering the competition that was present at the time in social media (Rand 46). In addition, Zuckerberg faced the danger of adopting Facebook from another source, as it could have been easily referred to as a copy of a concept that was already patented (Rand 35). Also, after the launch of Facebook in 2004, Zuckerberg had to go through the hurdle of multiple controversies regarding the development of Facebook with a few of the co-founders, specifically from his Harvard roommates Cameron Winklevoss, Tyler Winklevoss, and Divya Narendra (Rand 27).

It is without dispute that Mark Zuckerberg’s rise to stardom emerged with the development of Facebook. As a young entrepreneur, he obtained three key attributes to instill his success: ambition, creativity, and having a high risk-tolerance. These qualities, if abided by, can ensure success in almost any business entrepreneurial circumstance.

Open, Randy. The Giants of Social Media and Why We Should Listen to Them. New York: Scolding Books, 2011. Print.

Rand, Scott. Wired for Success: The Leaders of the Internet. Chicago: Interconnected Ones Publishing, 2012. Print.