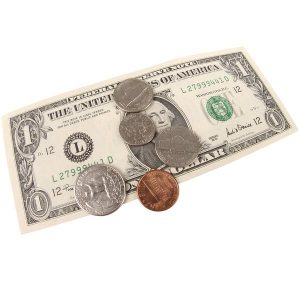 Every day, there is news about industry automation, AI development, and mechanization. The amount of jobs previously occupied by humans is gradually decreasing due to robotics reaching new heights constantly; machines are capable of performing all kinds of duties faster and more efficiently. Even though the day when robots will take all of our jobs seems to be yet far away, the amount of professions successfully learned by robots is tremendous: from drivers to writers, and this amount is only increasing. In this regard, a simple but slightly frightening question may arise: what will human beings do when robots take all of their jobs? It is most likely that money and consumption will remain one of the main driving forces of the economy. But where will people get money if they have no more jobs? One of the probable solutions of this problem is a universal basic income.

But what exactly is it? Universal, or unconditional basic income (UBI) is a sum of money given to each member of a society or a political community by a government, without individuals having to work for it. It is not the same as a minimum income, which now exists in European countries: the key word is “unconditional,” which means that regardless of a person’s labor contribution, he or she will receive a fixed income sufficient to live and perform social functions in dignity (Basicincome-Europe.org).

UBI possesses several important characteristics. As it has been mentioned, it is unconditional: even an unemployed person can receive it, by right of birth, regardless of social or financial status. It is universal, which means that every member of a society receives it, including children—from their day of birth, or after reaching a certain age; it is preferable, though, that children receive UBI from birth, since there are many countries in which they are deprived of basic needs due to existing poverty (Globalincome.org). UBI is also periodic: it is not a one-time share, but a monthly or annual supply. Finally, UBI should be granted to individuals in cash, not in the form of food or services: every individual receiving UBI should be able to decide for themselves what they want to spend money on (BIEN).

The existing conception of a welfare state implies that a person receives “free” finances only in case if he or she cannot sustain themselves. The main difference between a UBI and the existing unemployment or disability pensions is its universality; and, unlike many pensions, it should be enough to live on, not to just survive on. UBI is expected to not only increase the overall quality of life in a state, but also to decrease bureaucracy and the scales of governmental control over people’s eligibility and behavior; for this reason, this idea is rather favored by libertarians and left-wing politicians. They tend to see UBI as a way to fix a large number of problems connected to social safety, and even as a panacea from “wage slavery,” when people have to work without breaks only to sustain their basic needs. The idea of UBI is also attractive in part because they see it as a continuation of an old feminist demand for payment for housework (Independent).

There are several countries in which pilot projects of UBI have already been launched, and even though they are obviously not perfect, they have already provided positive results. For example, in Namibia, the implemented UBI project helped decrease poverty and crime rates, and school attendance among children and teenagers went up significantly. In India, those who received basic income shares used them to start their own businesses, thus proving the hypothesis that UBI can be used as a means to help poorer people “help themselves out” (Independent). As for the European Union, UBI is currently being tested as well. For example, Finland has become the first country of the EU to start paying unemployed people (who comprise 8.1% of Finnish society) certain sums of money: starting from January 1st, 2017 unemployed Finns between 25 and 58 years receive 560 euros per month for free for two years; this amount of money will be granted to them even in case if they find work. This is expected to raise unemployed people’s motivation to look for jobs, because unlike the existing social support system (which implies that even low earnings at work cause huge cuts in social payments received) UBI is paid in full regardless of a person’s income. Therefore, from now on, finding a job means an increase in monthly wages, not a decrease. The initiative is backed by the Finnish government, and is expected to solve a number of social and financial problems existing in Finland (The Guardian).

As it can be seen, a somewhat utopian idea of a universal basic income is, in fact, realistic and possible to realize. Currently, pilot tests of UBI programs have been launched in several countries around the world, including Namibia, India, and Finland, and the results they have already brought forth are encouraging. If UBI projects prove their efficiency, soon enough every person on the planet will receive unconditional, guaranteed, sufficient cash payments, and such problems as unemployment or robots taking away people’s jobs will be solved.