A Person I Admire 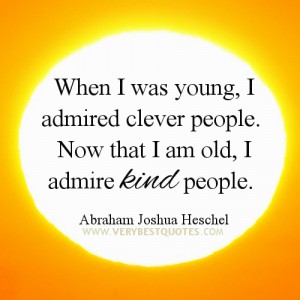 According to my observations, when people are being asked about persons they admire, they usually name famous figures. Though it is understandable that people choose respected people in a given society or discipline, we tend to forget about the fact that outstanding people worth admiring are everywhere around us. To break out of the trend of laying laurels on celebrities, I would like to talk about my best friend, whom I admire.

His name is David, and he comes from a family of Georgian refugees who escaped the country when a civil war broke out there in 1991. He was a small child back then, but he says he can remember tanks driving through the main streets of his hometown. For a couple of years, David’s family resided in Eastern Europe, and then managed to move across the Atlantic Ocean and settle in the United States, in New York, where I met him while studying in high school.

Perhaps his most protuberant quality is his erudition, formed by his passion for studying. I do not know any other person—at least among people I am surrounded with—who has such a diverse knowledge in varying fields. David would be reading literature on history, physics, political science, economy, and cultural studies just because he was interested in it, not because it was an assignment given to him by his university professors. A couple of years ago, he became extremely interested in Arabian culture, and this interest resulted in deep research in this field. He studied the history of the Middle East from Sumer and Babylon and to the modern days, and in my opinion, he now can be considered a specialist in this subject. At present, he works with Middle East diplomatic delegations, participates in conferences, and I am sure this is work he enjoys.

David has a natural inclination for studying foreign languages. I do not know how he studied English; he speaks it fluently and almost without an accent. Besides Georgian and English, David also speaks Arabic, Spanish, Russian, and Hebrew. His language skills allow David to make friends and maintain a correspondence with numerous people around the world—they are extremely valuable to his work. It was his goal to become a polyglot, and he reached it by his own efforts: all the foreign languages he knows, he has studied himself. This speaks in favor of such qualities as discipline, persistence, and a sense of purpose.

David is a person who can be called selfless. Though I do not know whether it is for good or bad for him, David will consistently try to help his friends, relatives, and acquaintances (and often even unfamiliar people), even if it ruins his own plans. Combined with David’s sense of responsibility, this makes him a reliable person who can be counted on. However, this trait of his is so prominent that many unscrupulous individuals—be it colleagues or relatives—use David’s capabilities for their own goals, addressing him for help much more often than it is proper and using his inability to refuse requests.

My best friend David is not a publicly-recognized person. He is not a celebrity, he has not made significant scientific discoveries, written a book, or influenced the life of a country. If you see him in the streets, you will probably never guess that you see a man of great intelligence, willpower, and dignity, and will simply pass him by. But if you knew David as well as I do, you would admire his personality as well. We are no longer students, and our lives now intersect more rarely than we would both want. But I think this is a friendship that will never grow dim.