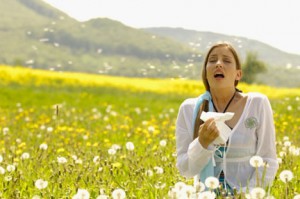 Medical technologies in the 21st century have become so advanced that humankind has long ago dealt with the diseases that had been considered terminal for centuries. The plague, cholera, tuberculosis, and other similar illnesses are now under control, and although they can pose danger, with the proper treatment, a patient’s life can most likely be saved. But, there are still issues modern medicine cannot completely get rid of—one of such problems is allergies.

Allergies are hypersensitive responses of the immune system to substances which, in one way or another, contact the body; it may be physical contact, inhalation, exposure, or any other way of contact. An allergic person’s immune system reacts to such a substance (or substances) as if it was a dangerous pathogen, thus trying to destroy it. The mechanism is in many cases similar to, for example, the common cold or flu. Allergies are extremely common. According to public health authorities, about 20% of people in North America and western Europe have allergic rhinitis, or an allergy to pollen. According to another study, treating children’s food allergies costs the U.S. approximately 25 billion dollars annually (MNT).

As it has been mentioned, allergies are caused by specific substances; these substances are called allergens, and a wide variety of them exist. Usually, most of the allergens are eaten or inhaled. Dust, pollen, or pet dander are among the most common allergens. Peanuts, cocoa, chocolate, water—anything can be an allergen. Usually, an individual’s sensitivity to allergens vary from one person to another, so three people with nut allergies can display different reactions to the same substance (Science Daily). The mechanism of allergies is sophisticated. Most people usually possess IgE-antibodies (immunoglobulin E); this antibody normally works as a defense system against infections such as, for example, the flu. However, sometimes IgE-antibodies start responding to common environmental antigens, treating them as hostile, and for the immune system of such people, a common element of the environment becomes equal to some sort of a virus.

Allergic people mostly suffer from such symptoms as a runny nose, sneezing, coughing, nettle rash, swelling, itchy eyes, sinus pain, vomiting, diarrhea, and so on. These symptoms are typical not only for allergies, but also for a wide range of diseases—therefore, it is usually necessary to consult with a doctor before starting to treat them (Allergy UK).

In the majority of cases, allergies are not mortally dangerous; however, they are common and widespread diseases, which about 20% of people in North America and western Europe have. Allergies are caused by allergens—usually safe substances or elements of the environment, which a person’s immune system treats as infectious. Common symptoms of allergies are similar to the symptoms of a number of other illnesses, so before treating these symptoms, it is advised to visit a doctor.

“What are Allergies? What is an Allergy?” Medical News Today. MediLexicon International, n.d. Web. 16 Mar. 2015.