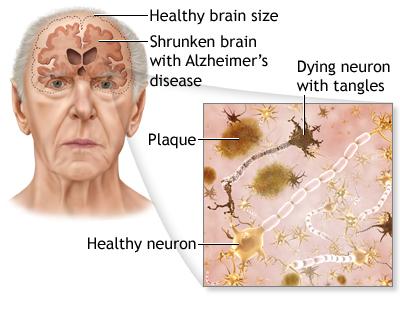 Although humanity has greatly advanced in the matter of treating various diseases, there still are health problems that neither medicine nor science has been able to solve. Cancer, HIV, Ebola, and other major illnesses kill thousands of people every year. However, there are disorders that not only influence the human body, but also twist and distort the way the human mind works. Among such diseases, one of the most often diagnosed problems is Alzheimer’s disease. It is impossible to cure, but possible to prevent; therefore, people of all ages and professions should be aware of this problem, and the ways one can avoid it—especially considering the number of misconceptions surrounding this sickness.

Alzheimer’s disease generally means memory loss and the decrease of intellectual capabilities in a degree that interferes with the daily life of a patient. Unlike many people tend to think, Alzheimer’s disease is not a normal part of aging, although the majority of people suffering from it are above 65 years old; however, there are cases when people in their 50s or even 40s already show some of the symptoms. In its early stages, patients suffer a mild loss of memory, but at later stages, they lose their ability to carry on conversations and to respond to their environment. On average, it takes from eight to twenty years for the symptoms to become noticeable, depending on the patient’s age and other health conditions (Alz.org).

The development of Alzheimer’s disease is a gradual death of brain cells. The rates of degeneration are significant—the brain size of a patient with Alzheimer’s shrinks as the tissue progressively loses nerve cells and connections. Autopsies of Alzheimer’s patients show inclusions in the nerve tissue, called plaques and tangles. Plaques are found between the dying cells in the brain, and tangles are within the brain neurons, forming due to disintegration of the tau-protein (MNT). As years pass, the scales of brain cells dying grow, and it starts affecting patient’s lives directly.

Symptoms of Alzheimer’s disease include losing items (usually smaller ones, such as keys); forgetting about recent events, conversations, or people whom a patient has spoken to; an inability to find the right words during a conversation; forgetting important dates, such as anniversaries; suddenly getting lost in a familiar place. Other symptoms include the disruption of thinking, reasoning, and perception. In particular, a patient may start to lose the point of a conversation or repeat themselves; they can hardly figure out the distance between themselves and other objects or people; they cannot focus on what they do, as well as they cannot perform sequential tasks, such as cooking or knitting (Alzheimer’s Society). All this makes the life of a person with Alzheimer’s much more difficult.