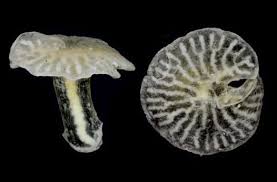 Ecology activists nowadays often claim that humanity is causing hundreds of species to go extinct; they use disappearing rhinos, crocodiles, or monkeys as examples of such extinction. Unfortunately, they seem to forget about animals of smaller sizes—it is hard to remember when activists panicked about ants, worms, or ticks, for example. At the same time, our planet is so big, and nature is so diverse, that scientists keep discovering hundreds of new species every year. It is just that some of them are not large or cute enough to draw the attention of activists; however, this does not make these species less interesting from the scientific perspective.

One of the most intriguing findings made by biologists in 2015 is probably the X-Phyla, or Dendrogramma Enigmatica. These are small sea animals; its shape reminds of a mushroom, with a stalk 8mm in length, and an 11mm cap on it. X-Phyla is a multicellular animal related to jellyfish, corals, sea anemones, and comb jellies. Generally, they look like fossils from the Precambrian era, reminding of trilobites and probably being a kind of a living fossil; the specimen was found on the sea floor at a depth of about 3,200 feet near Point Hicks in Australia (ESF).

Another intriguing species discovered this year is Deuteragenia Ossarium, or the bone-house wasp. One would probably say their habits are rather creepy; females of this small Chinese species of wasps have developed a unique way of taking care of their offspring. First, a wasp carves a hole in a stem of a plant, and puts a dead spider in it; after it, the wasp stuffs a dead spider with an egg. The dead spider becomes a source of food for the wasp’s larvae. The hole is sealed with soil, so the larvae are safe inside. The wasp, however, does not stop and keeps carving holes, placing spiders, and laying eggs in them until the whole stem is full of the wasp’s offspring. Then, the wasp plants some dead ants onto the top of the stem: these ants emit a toxin that repels potential predators and helps keep its babies safe when they are ready to hatch. Considering the amount of dead insects the bone-house wasp uses, it is clear how it has gotten its name (Earth Touch News).

Among the larger species, scientists have recently identified a new specimen of giant tortoise on the Galapagos Islands—specifically, on Santa Cruz island; in general, it is the 15th known tortoise species discovered on this archipelago. Tortoises here tend to weigh up to 250kg, and live more than 100 years. There were two populations of giant tortoises on Santa Cruz island, and for a long period of time, biologists thought they were two big groups of the same species, but recent DNA testing proved that they belonged to two different species. The new species, the Eastern Santa Cruz Tortoise, possesses a shell of a more compressed shape compared to other species and inhabits a different area of the island. The estimated population of tortoises on the archipelago is about just 250 animals, so ecologists hope the recent discovery will help protect them (BBC).

These are just three of the great amount of species discovered this year. Each of them is unique, and altogether they prove that nature is much more diverse and mysterious than one might judge by only watching the Animal Planet channel. A tiny living fossil X-Phyla from Australia, a hideous bone-house wasp from China, a surprisingly unknown-before specimen of tortoise—all of them do not represent even a small part of all the species discovered in 2015. And what about the following years? For sure, nature has a lot more surprises in store for biologists.