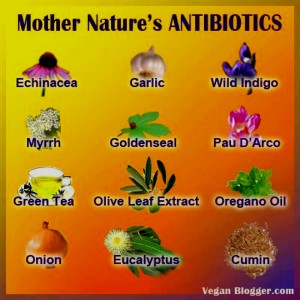 Among scientific discoveries made throughout humankind’s history, some are well-known and instantly come to mind when one is asked to name the most important scientific discoveries of all time, while others can be easily overlooked, regardless of the tremendous impact they may have had on the world. Antibiotics can be named as an example of one of such discoveries; though they have revolutionized today’s medicine, they are not the first to come to one’s mind when talking about science.

Antibiotics were invented by Alexander Flemming in 1928 (Diggins). Antibiotics are chemical substances produced by various microorganisms and other living systems, and capable of inhibiting the growth of dangerous bacteria, viruses, and so on. Before the epoch of antibiotics began, there was not much that could be done for patients suffering from different infections, and death rates were much higher than today. For instance, the streptococcus pyogenes bacteria had caused about half of all post-birth deaths (Cleary); staphylococcus aureus was fatal in 80% of the cases. Tuberculosis and pneumonia bacteria were famous killers as well. Today, the discovery of antibiotics has enabled medicine to treat these communicable diseases (Tulkens) together with other diseases that were once considered terminal.

Antibiotics can be bacteriostatic (those that prevent bacteria from multiplying) (Dodd) or bactericidal—those that exterminate the bacteria. They penetrate a bacterial cell surface, causing changes in their mode of reproduction (Tulkens). Antibiotics can be prescribed to patients in various forms, such as topical application, orally, parentally, or as injections. Antibiotics are usually manufactured in two ways. One of them is natural and is known as biosynthesis; the other one is synthetic. Among the most commonly used antibiotics, one can name Penicillin, Cephalosporin’s, Aminoglycosides, Tetracycline’s, and Polypeptides Bacitracin.

Despite all their efficiency and advantages, antibiotics are often called a necessary evil. The truth is that drugs have the potential to be both beneficial and harmful for human health. Antibiotics are able to kill sensitive bacteria necessary for the normal functioning of one’s body; for example, the use of antibiotics negatively affects bacteria that live in intestines, thus causing dysbiosis. Besides, antibiotics do not always kill all harmful bacteria, allowing resistant ones to survive; this creates problems for the future treatment of similar diseases (Prober). Antibiotics often cause allergic reactions, such as rashes, severe anemia, stomach disorders, deafness, and many others.

Antibiotics are a beneficial discovery of the human genius. They help to cure diseases that had once been considered terminal, and are easily available in the modern world. At the same time, antibiotics are often treated as a necessary evil due to their negative side effects and the potential harm they can inflict on the human body.

1. Diggins FW. (1999). The True History of the Discovery of Penicillin with Refutation of the Misinformation in the Literature. British Journal of Biomedical Science, 56(2), 83.