The Rise and Fall of Bernie Sanders 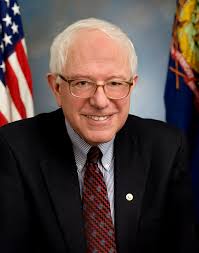 In the 2016 US presidential primary election, the most revolutionary figure had been Vermont Senator Bernie Sanders, who ran as a democrat, though he identified himself as a “democratic socialist.” He charged the youth base with fanatic energy and gave the future of the US a bright hope for countless individuals who leaned towards the left in politics, wanting less wars and more social programs. He promised free college education, free medical care, and a $15 minimum wage by siphoning tax dollars that go to the military and other areas he deemed were being overspent on. However, through the mishandling of the vote counting in the primary election, a lack of attention by the US media, and a misrepresentation of delegate numbers by the US media, Sanders came up short on being the US democratic presidential nominee against rival Hillary Clinton.

The most startling example of voting corruption of 2016 was during the New York democratic primary vote. In this particular state primary, only registered democrats could vote for democrats. For seemingly unknown reasons, thousands of voters were purged from the system before the day of the primary vote, leaving countless Sanders supporters unable to vote (Anonymous, Massive Clinton Voter Fraud in New York). Also, in Sanders’ hometown of Brooklyn, many voting machines did not work (Atkin 2016). Hillary Clinton had been known to do such tricks before in the election, with the help of Democratic National Convention officials. For instance, during the Arizona primary election, where voting was suppressed on voting day, Clinton garnered an almost insurmountable lead from early mail-in votes from her target demographic (Anonymous, Arizona: Hillary Clinton’s Election Fraud Exposed).

There was a study by the Harvard Kennedy School’s Shorenstein Center on Media, Politics and Public Policy about how Sanders was ignored by the media and how it affected his campaign:

By summer, Sanders had emerged as Clinton’s leading competitor but, even then, his coverage lagged. Not until the pre-primary debates did his coverage begin to pick up, though not at a rate close to what he needed to compensate for the early part of the year. Five Republican contenders—Trump, Bush, Cruz, Rubio, and Carson—each had more news coverage than Sanders during the invisible primary. Clinton got three times more coverage than he did.

This points to a clear bias by the mainstream media when they reported on Sanders. Since the media’s job is to report objectively without leaning to one side, it can be said the media violated the US public’s trust. With less coverage, Sanders appeared to be a lesser candidate than Clinton. Psychology weighs a lot upon the minds of voters in primary and general elections.

The misrepresentation of Sanders by the media did not help his cause, either. Throughout his campaign, the media reported that Clinton’s delegate count was much higher than it was, as they counted superdelegates with the elected delegates given by regular citizens. Superdelegates are government officials and their votes are not supposed to be counted until the Democratic National Convention in July. Despite this, the media by and large counted superdelegates who voiced their support for both candidates into their reporting well before the Convention. Clinton had many more superdelegates willing to vote for her, as she was the establishment candidate, and Sanders was the fringe candidate that joined the democratic party for the election (being an Independent before) (LeftofYou 2016).

Politics in the US in general is corrupt, but the 2016 primary race for US president was one of the most accurately and thoroughly documented political races in US history—resulting in fine documentation of that corruption. Though Bernie Sanders had an enormous surge in popularity, with thousands of people visiting his rallies—much more than Hillary Clinton’s rallies—Sanders was largely ignored by the media, was dealt blows in terms of voting numbers due to voting fraud and system mishandling, and by delegate numbers being misrepresented by the press. If it were not for these three ordeals, Sanders might have been the 2016 Democratic nominee for US president, and most likely the 45th president of the US.