Causes of a Cold 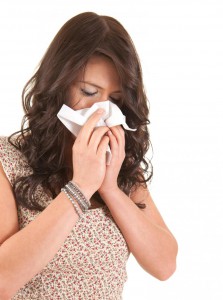 Summer is gone, and now it is the middle of autumn. Despite that it is a beautiful season, favored by poets and creative people in general, it is also the time when the weather changes, and gets colder. Many people in autumn may wake up and discover their noses are stuffed, and their throats ache; the most unlucky of them feel fever and chills. These are the most common symptoms of the common cold, and since it is only getting colder, it is useful to figure out what exactly causes the common cold to be able to avoid it.

Most people think the common cold is caused by cold weather, since it sounds logical and obvious. However, cold itself does not cause sickness, which is easily proved by people who can swim in ice-cold water, or by those who are less sensitive to cold weather. The most typical cause of the cold, however, is a family of viruses called rhinoviruses (HowStuffWorks). A rhinovirus is transmitted through air, so when an infected person sneezes, and you inhale the air nearby, you may get infected as well (this is one of the reasons why doctors sometimes recommend to wear face masks in public places when it is cold outside). The virus can be transmitted in some other ways as well, like through handshakes (and touching in general).

Another kind of virus responsible for people getting the common cold is a family of so called coronaviruses. It is believed these viruses usually cause about 20 percent of colds. Coronaviruses usually affect the nose, sinuses, and/or upper throat. Though this type of virus is not too dangerous, there have been cases when it has caused serious danger and death. For example, in 2012, close to 100 people in the Middle East died from what was called MERS (Middle East respiratory syndrome). Coronaviruses are also known to have caused severe acute respiratory syndrome, and some other illnesses that have lethal consequences (WebMD).

The respiratory syncytial virus is also among the main causes of the cold. RSV usually affects infants, and in the majority of cases does not lead to anything more serious than the common cold. Yet, it can cause pneumonia in rare cases, so parents should be aware of this sickness (WebMD).

On the whole, the common cold is not a threat to modern humanity. If a person has a strong immune system, their body can even deal with the illness on its own; however, this is rare, and it is still highly recommended to visit a doctor after noticing the symptoms of a cold. Viruses causing the common cold are usually transmitted through air, and usually do not cause serious sickness. However, some types of coronavirus, such as MERS or SARS, are known to have caused deaths in the past. RSV in particular can be a threat for infants, due to its capability to cause pneumonia in rare cases. But in general, timely treatment eliminates all the symptoms and the sickness itself.