Censorship and the Freedom of Speech in the United States

The First Amendment of the Constitution of the United States guarantees every American citizen the freedom of speech, which means a right to freely express one’s thoughts and ideas. The freedom of speech is an integral American value—one of the pillars on which American society was built. However, the right to express one’s thoughts without constraint can be controversial; expressing hatred, for example, is also allowed. The main issue here is to guarantee others’ safety and make sure a person expressing hatred would not go further than expressing his or her position without committing illegal acts. Censorship is meant to regulate such controversies; on the other hand, censorship can be compared to a poisonous gas: it can turn against the attacker if the wind changes (ACLU). 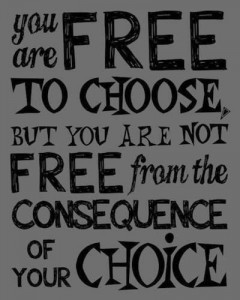 The first recorded case of censorship in the United States occurred in 1734-1735, when a New York-based newspaper printer John Peter Zenger, who was accused of slandering the governor of New York (Zenger published a seditious libel criticizing the authorities) and was taken into custody. Zenger was defended in court by Andrew Hamilton, who proclaimed in his famous speech “Truth cannot be Libel.” This court case was historic in terms of empowering the freedom of press by the Constitution, even though there were numerous attempts to limit it—such as John Adams’ Alien and Sedition Acts adopted in 1798, or the Sedition Act of 1917 (Censorship in America).

Today, the U.S. media finds itself in an ambivalent situation. It is shielded from revealing their sources, as it is protected by the First Amendment, and Obama’s administration even offered a federal shielding law for journalists. Besides, digital media sources and the Internet are more difficult to control, monitor, and censor. On the other hand, media ownership, combined with financial issues, traditional institutions trying to stay afloat and prevent the appearance of undesired information and political partisanship, as well as the government’s attempt to reveal whistleblowers, negatively affect the freedom of speech (Index on Censorship).

As for the quality of content being published online and in printed media, censorship is mostly applied to materials that match such criteria as obscenity, provocations, pornography, religiously or culturally sensitive issues, calls for violence, and certain other problematic topics, such as racial discrimination.

At the same time, it seems censorship is not limited only by these fields. Copyright legislature and surveillance pose one of the biggest threats for a free distribution of information over the Internet. As for surveillance in general, Google Transparency reports testify the United States takes first place in the world for the numbers of requests for users’ personal data; the number of court orders for content removal is also among the highest in the world (after Brazil). Considering that media companies in the United States tend to comply with governmental requests regarding users’ personal data, Americans tend to self-censor their electronic communications to avoid possible legislative issues (Index on Censorship).

The situation with the freedom of speech in the United States is controversial. Though it is guaranteed by the First Amendment as a right to freely express one’s thoughts and ideas, there are topics that are being monitored and censored, such as pornography, obscenity, religiously and culturally sensitive problems, calls for violence, and several others. American journalists are usually protected by state laws, which guarantee them their ability to work. At the same time, the American government is known to request telecommunication companies for users’ personal data, which results into Americans self-censoring their electronic communications. Copyright legislation is also considered to be a threat to the free distribution of information in media.