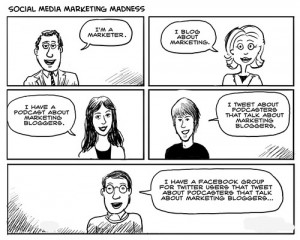 I often try to comprehend cultural, social, political, moral, and other changes humanity has undergone throughout centuries of its existence and development. To a large extent, these changes were caused by technological progress: new inventions often transformed the way of people’s lives and respectively, the norms by which societies lived. Airplanes, cars, computers, mobile communication devices, as well as other technological wonders have reformed the way we think and live. But, what is even more curious, technologies have also morphed the way we communicate.

Englishmen have a tradition to talk about the weather when they meet an unfamiliar (or even a familiar) person. Japanese people have multiple complex ways to start a conversation politely. Many other nations also had their own rules of etiquette; these rules allowed people to enter the communication process smoothly. However, nowadays we can see that etiquette is rather often neglected in favor of the efficiency of communication. The pace of everyday life has increased dramatically compared even to the middle of the 20th century, and today people have to sacrifice courtesy in favor of productiveness and efficiency (IFResearch). Perhaps, from the viewpoint of a person from the 1950s, we would most likely look like rude and straightforward people, as we have become less concerned about our culture of communication, considering it to be archaic.

The time we live in is interesting in terms of the existence of at least two levels of language usage; basically, they are the real world and virtual reality (IDFS). The Internet has made it possible to transfer not only meaning, but also the emotional palette and even images. All kinds of emoticons in social networks and messengers serve the purpose of mitigating plain, insentient text; moreover, it happens often enough to send a photograph or an image file to explain yourself rather than describe your condition or situation in words (Instagram is a perfect example of how it works). Internet communication has also contributed to the development of a peculiar language layer: netspeak. It is not completely slang—it is rather a new digital language that has evolved from regular English, Spanish, Russian, and other languages. Such neologisms as brb, LOL, u2, btw, cul8r, a/s/l, and so on, along with an altered use of grammar rules and other peculiarities form a completely new culture of digital communication. This is not to mention texting (by the way, another specific word) via cell phones and other mobile gadgets.

Not only has the language of the Internet changed, but also the language that we use on a daily basis. The modern English language is regularly updated by the expressions that were unknown less than a decade ago. For example, such neologisms as “to computer-face” means to throw quick disturbed glances at the monitor to create an impression of serious work pressure. The term “like-shock” is used to describe a condition of a person who has posted something in social networks and then gathered an unexpectedly huge amount of “likes” under it. Other peculiar terms such as “ghost-post” or “Facebook-minute” have also appeared in the modern English language due to the influence of computer technologies (Know-What). And though they precisely describe situations and conditions that many modern people are familiar with, their existence seems impossible out of the Internet-communications context.

Communication today has undergone serious changes, compared even to the middle of the 20th century. The pace of life has increased, and thus lingual etiquette has also evolved. Computer technologies are known to have influenced modern languages most of all. Lots of neologisms such as cul8r or brb appear almost on a daily basis. Besides, not only the language of Internet communication, but also regular language is changing. Many of its terms (such as “to computer-face” or “like-shock”) are familiar to people who often use computers; however, imagining them existing out of the context of the Internet and computer technologies seems impossible.