Do Curfews Keep Teens Out of Trouble?

The teenage years of an individual is marked by evaluating one’s values, experiencing a shift in outlooks, and a tendency to act rebellious. It can also be a time when someone becomes excessively vulnerable to negative influences, and is magnetized towards dangerous situations. On the other hand, for parents, the period of their children’s adolescence means regularly worrying about their safety and formation as a citizen. Thus, a method of ensuring teenagers’ security is needed, and curfews are often seen as such a measure, since they have proved their efficiency. At the same time, certain peculiarities exist about establishing curfews for children. 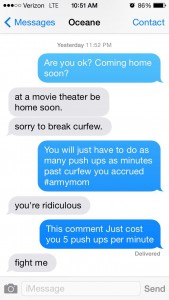 The issue of teenage curfews is widely debated in the United States, where this institution is still rather popular, and in European democracies, where this measure is yet not so widely used. The first and foremost reason for establishing curfews is children’s security. Typical curfews require teenagers under 17 years to stay out of streets starting from 11 p.m. or midnight. This is believed to protect them from crimes committed after nightfall, as well as from violating the law, and there exist serious evidence in favor of this conviction. For example, when New Orleans enabled a dusk-till-dawn curfew in 1994, the rates of juvenile crime were reported to fall more than 20 percent. Even more impressive results were recorded in Dallas, which reported a 30-percent decrease in violent juvenile crime, and a 21-percent decrease in the overall rates of crimes committed by young people (The New York Times).

On the other hand, curfews can be seen as a preventive measure that infringes on the rights of young people, limiting their freedom. This thesis is particularly supported by the fact that curfew violations and the respective charges are among the most often committed juvenile crimes in the United States. In addition, there were reports claiming that police arrested more non-white teenagers for curfew violations. All this can cause a teenager to believe they have crossed a psychological line dividing them as criminals; thus, such teenagers may start to see themselves as outlaws, which can contribute to committing more serious crimes than a curfew offense (Scribd).

What is important for a parent to remember when establishing a curfew for their children is that a teenager’s misjudged perception of certain rules may cause them to act on an anti-scenario, or misbehave in some other way; this is proved by research conducted by the University of Minnesota, according to which teens tend to bristle against what they see as unfair (Global Post). Considering this, parents should avoid the authoritarian style of establishing curfews; instead, they should have a conversation with their teenager that would be aimed at finding optimal conditions for a curfew—that would satisfy both sides. Also, flexible curfews (those which consider teens’ interests) tend to be more effective than rigid agreements.

The enabling of teenage curfews is among the most debated issues in the United States and in democratic Europe. The first and foremost task of teenage curfews is to ensure teenagers’ security. Cities that have enabled curfews (such as Dallas or New Orleans) report decreases in juvenile crime rates. However, curfew opponents claim this preventive measure infringes on the rights and freedoms of young people; besides, arresting teenagers for curfew violations can propel them to see themselves as outlaws, which can cause them to commit more serious crimes in future. For curfews to be effective, parents should avoid acting as an authoritarian; on the contrary, they should develop and discuss the curfew conditions together with their children in a diplomatic way.