Challenges of Being a Foster Parent 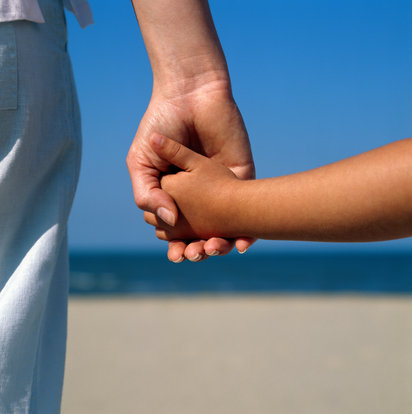 Being raised in a complete family, where both father and mother can provide care and support, is ideal for a child. Having one parent may be challenging for both adult and child, but still can be seen as an option of a normal family. However, there are children who—due to different reasons—have neither a mother nor father to care for them, and for them life can be difficult, as different governmental programs do not provide such children with all the support they need. Fortunately, there exists an institution of foster parenting that allows such children to receive care and attention. However, being a foster parent is not easy, and such parents often face difficulties often unfamiliar to those who raise their own children.

One of the biggest challenges foster parents face is a variety of behavior deviations that a foster child may display. Usually, problematic behavior is caused by a child’s background; many children were taken away from their blood parents due to such reasons as physical or sexual abuse, emotional violence, incarceration of one of the parents, and so on. Such events often traumatize a child psychologically, which causes them to misbehave; the degree of such misbehavior can vary, and include manifestations from bed wetting or lying to stealing, running away, or attempting violence against foster parents. What foster parents need to understand in such cases is that it takes a traumatized child an ample amount of time to get used to a stable, consistent home where no harm will be dealt to him or her; after some time, misbehavior should stop if the foster parents remain patient and caring. However, every child’s background is different—and so is the damage caused to him or her; in the worst case scenario, misbehavior can last for a lifetime (About.com).

Surprisingly, one of the biggest challenges a foster parent can face is their own family and/or friends ridicule. For many of them, it may be difficult to understand why a person would want to start taking care of a completely unfamiliar child, taking all the respective financial, personal, and other responsibilities for this child. This may cause other family members to start acting dramatic, and emotionally and/or verbally attack the foster parent, demanding to quit caring for the child. Unfortunately, this is the last thing foster parents would want (and expect) from their closest surroundings, since being a foster parent is difficult on its own, in addition to constant battles with relatives (KiwiFamilies.co.nz).

Yet another significant problem for a foster parent is the necessity to take care of a child from possibly a completely different cultural and linguistic environment (NSW Government). For example, if a regular American couple agrees to take care of a boy from a family of illegal Vietnamese immigrants, they will need to solve at least two huge problems: the language barrier, and the completely different mentality of the child. People from different regions of the world have different behavioral patterns, ways of expressing emotions, moral and ethical rules, and so on. For two people born at different ends of the world, understanding each other may be extremely different.

Being a foster parent is noble. At the same time, it also means facing enormous challenges; in particular, a foster parent may have to deal with severe misbehavior, opposition from their own friends and relatives, and significant cultural and language differences. All this makes foster parenting a real feat.