Gadgets as a Means of Studying Foreign Languages 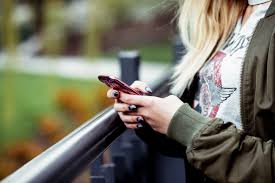 Only a few decades ago, studying a foreign language on one’s own was, mildly speaking, difficult. A person who decided to dedicate their time to doing this condemned themselves to spending countless hours in libraries, digging into cumbersome dictionaries and grammar textbooks, and desperate attempts to find audio materials to train pronunciation. In other words, studying a foreign language was something like an act of valor, and a self-taught person speaking two or three foreign languages could be considered a hero—and for a good reason. These times are no more, however; the Internet and the emergence of mobile technologies has given people the opportunity to not only communicate, but to connect with the whole world; and, respectively, to learn any languages necessary for such a connection. Of course, textbooks and language schools are reasonable options, but along with them, there are a number of ways to study foreign language by oneself, and for free—one of them is mobile applications.

There are a great number of apps designed for both Android and iOS meant to help a person not only memorize new words or learn a couple of useful expressions, but to study grammar, practice writing and pronunciation, and proceed to the advanced levels of using a foreign language.

HelloTalk, for example—an app designed by a Chinese company for iOS and Android—is a popular language exchange platform, connecting language enthusiasts from all over the world. It is available for free, and provides its users with the ability to learn a foreign language by communicating with native speakers. What a new user needs to do is to specify their native language, and the language they are studying; the application will then look for matches—people whose native language you want to study, and who are interested in your native language. HelloTalk includes powerful translation and spell-checking tools, as well as a voice machine, allowing a user to listen to the original pronunciation of a foreign word or phrase. For a subscription fee, HelloTalk provides the ability to specify up to three spoken and studied languages, along with additional tools for more effective learning. There is also a possibility to purchase HelloTalk completely, without having to pay for a monthly subscription.

Lext Talk is another free application designed for iOS, and working on the same principles as HelloTalk. It possesses, however, several unique and useful features, such as a map on which a user can see other people using Lext Talk, and their language pairs. The program also includes chat rooms; whatever language you are studying, there will be a chat room with people studying the same language, so you can practice your chosen language anytime.

These are just two of the countless specialized apps designed for language exchange and learning; at the same time, there exists a number of other ways smartphones and tablets can assist a person to study foreign languages. For example, both App Store and Google Play comprise all kinds of dictionaries; most of them are created for English speakers, although it is possible to find a dictionary made for your language as well (if you are not a native English speaker). This is not to mention Google Translate—a powerful and useful tool for quickly translating short phrases or single words; translating vast volumes of text with its help is not advisable, though, since the accuracy of translation in this case drops significantly. Besides, Google Translate does not work so well with Asian languages, such as Chinese or Japanese.

Gadgets allow its users to download and read any e-book formats; any e-reader can turn one’s smartphone into a digital linguistic library, with any kind of textbook on any language. Watching foreign movies with subtitles in one’s native language can also be helpful. In case you need to note something down, you can always use either built-in or downloaded notepads, such as Evernote or Google Keep. One of the efficient ways to study a foreign language if you are a traveler is to read and translate all kinds of signs and advertisements. A regular camera on your phone or tablet can become a great assistant: when walking around a city in a foreign country, you can take pictures and later use them to look up for unfamiliar words in a dictionary.

Gadgets working under Android, iOS, or other operating systems can enhance language studying efficiency, or even enable its users to learn a language from zero. The most effective means for this are language exchange applications, such as HelloTalk or Lext Talk; they usually let their users communicate with native language speakers around the world, thus allowing to obtain first-hand foreign language communication experience. At the same time, iOS and Android app markets contain thousands of dictionaries and textbooks, which also can (and should) be used for studying. Downloaded e-books and movies in foreign languages, notepads, and cameras can become an efficient means of studying as well. So, instead of killing time playing Angry Birds, one might want to use their gadget as a learning tool—modern mobile devices are perfectly suited for this purpose.