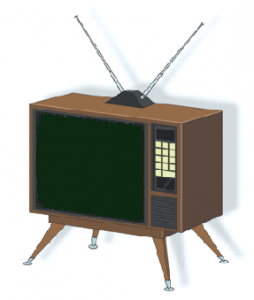 The television has been a cornerstone of entertainment, information, education, and more for generations. Most people, though, do not stop to think about how it developed into what it is now, or how it works. Much like its collective use, the making of the television was a worldwide effort of many individuals who strove to push technology further. Let us take a glimpse into the history of television.

The beginning of television starts with facsimile transmission systems, or fax machines in the early 19th century. Alexander Bain, a Scottish inventor, developed this machine around 1843, but it was not until 1851 that the English physicist Frederick Bakewell made a working laboratory version of one. By 1856, these machines that mechanically scanned graphics worked on telegraph lines (Fax Authority).

In 1873, the photoconductivity of the element selenium was found out by English electrical engineer Willoughby Smith (Biography of Willoughby Smith). This led to more findings in conveying images through mechanical means. Particularly, the Nipkow disk, patented in 1884 by German student Paul Julius Gottlieb Nipkow, was a spinning disk with holes in it that scanned the lines of an image (Shiers, George and May). Once introduced, different versions on the device were created with enthusiasm from inventors and scientists.

At the Electricity Congress at the International World Fair in Paris on August 24, 1900, the term “television” was coined in a paper read by Constantin Dmitrievich Perskyi, a Russian scientist. Though there were no working designs of these image scanners at this time, Perskyi reviewed the electromechanical technologies that were present (Television History – The First 75 Years).

In 1907, with the progress of amplification tube technology, these electromechanical devices became practical (The New York Times). In Paris in 1909, the initial demonstration of the instantaneous transmission of images was completed by Georges Rignoux and A. Fournier. Based on an illustration by Henry de Varigny, we know that the device was a matrix of 64 selenium cells within a mechanical commutator, which was akin to a retina. In terms of the receiver, a Kerr cell changed the light and a series of mirrors fitted to the edge of a rotating disc scanned the beam onto the screen. A circuit looked after synchronization, and the 8×8 pixel resolution was enough to transmit letters of the alphabet. An updated image was sent a few times each second (Henry de Varigny).

Following this achievement, in 1911, Russians Boris Rosing and Vladimir Zworykin employed a mechanical mirror-drum scanner to send images over wires through a tube into a receiver. Though the images were sent, the images could not move due to the lack of sensitivity in the selenium cells that were used (R.W. Burns). However, in the early 1920s, Scottish inventor John Logie Baird worked on a prototype with the help of the Nipkow disk. During this time, he not only was working on his video system, but on adding color to the transmitted images as well. On March 25, 1925, Baird gave what is known as the first public demonstration of moving televised silhouette images at Selfridge’s Department Store in London. And according Biography.com, “In 1927 Baird transmitted sound and images over more than 400 miles of telephone wire from London to Glasgow, and in 1928 he sent the first television transmission across the Atlantic Ocean from London to New York. Beginning in 1929, the BBC used Baird’s technology to broadcast its earliest television programming” (“John Logie Baird”). Though Baird made claim to the first recognized public broadcast of television, the mechanical nature of his invention soon seemed inferior to electronic models that were soon to come.

Transmitting images, even mechanically, has never been an easy feat. Throughout the 19th century to the present, we have been developing the science behind transmitting moving images onto a screen known as a television set. The next development in these arena is virtual reality, but that is another tale for another day.