History of the United Nations 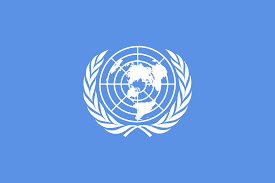 The United Nations is currently made up of 193 Member States. It is a well-known intergovernmental organization that focuses on international cooperation and order. Though its headquarters is in Manhattan, New York City, its main offices are in Geneva, Nairobi and Vienna. In the following paragraphs, we will delve into its creation and historical timeline to gain a greater understanding of this key force for world peace.

Before the United Nations was founded, many other intergovernmental organizations were created to bring countries together for a common a goal of international peace. The International Committee of the Red Cross, the Hague Conventions of 1899 and 1907, and most notably, the League of Nations (Kennedy, Paul). Though the League of Nations was created to maintain harmony between countries, it did not have the representation from colonial peoples, and Japan, the USSR, and Germany did not join. Through this lack of representation, it failed in its actions against the Japanese invasion of Manchuria in 1931, the Second Italo-Ethiopian War in 1935, the Japanese invasion of China in 1937, and German domination under the reign of Adolf Hitler. Through its failings, the Second World War was able to happen (Kennedy, Paul).

In 1939, plans were being set for a new world organization under the supervision of the US State Department (Hoopes, Townsend; Brinkley, Douglas). However, it was not until 1941 that the draft of the “Declaration by United Nations” was written by President Franklin Roosevelt, British Prime Minister Winston Churchill, and Roosevelt aide Harry Hopkins at the White House. In the draft, four allied countries were noted: the United States, the United Kingdom, the Soviet Union, and the Republic of China (Urquhart, Brian). The “united nations” referred to allied countries of the Second World War. The next day after the Declaration was officially signed on New Year’s Day in 1942 by the four allied countries, 26 governments also signed the document (United Nations). During the Second World War, more governments signed the document and declared war on the Axis, which were the forces that fought against the allied countries: Germany, Italy, and Japan (Schlesinger, Stephen C.).

However, the United Nations as a organization rather than a declaration was created in 1944 at the Dumbarton Oaks Conference by the four major allied forces: the US, the UK, the Soviet Union, and China (Bohlen, C.E). The first United Nations conference, the UN Conference on International Organization, was held in San Francisco on the 25th of April, 1945. 50 governments attended and several non-governmental organizational also were present. These governments and organizations were involved in drafting the UN Charter. The United Nations came into official existence as an organization on October 24, 1945, when the Charter was ratified by the Security Council and the most of the signatories. And finally, the first meetings of the General Assembly were held in London on January 10, 1946 with 51 nations being represented (www.un.org). In its current form, the United Nations comprises four organs: the General Assembly, the Security Council, the Economic and Social Council, the Secretariat, and the International Court of Justice.

As a response to the Second World War, the United Nations was first a treaty declaration between four major regions—the US, the UK, the Soviet Union, and China—and was later developed into an organization that incorporated most of the major countries in the world to maintain international peace and order. The United Nations has been sustained through decades of hardship and wars unlike organizations that had come before it that were similar in nature. We can only hope that this beneficial organization continues its peacekeeping and anti-corruption missions.

Schlesinger, Stephen C. (2003). Act of Creation: The Founding of the United Nations: A Story of Super Powers, Secret Agents, Wartime Allies and Enemies, and Their Quest for a Peaceful World. Boulder, Colorado: Westview Press. ISBN 978-0-8133-3324-3.