How 3D Printing is Changing the Healthcare Industry 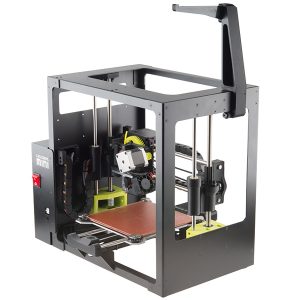 The story of 3D printing started in 1983 when Chuck Hall invented and constructed the first machine capable of printing three-dimensional objects. His first printed object was a small black cup made of plastic–but this crude item made a huge impact on what we now know as 3D printing.

We have all seen and/or heard of printed objects. The most common example would probably be figures printed for desktop games such as Warhammer 40000, toy soldiers, small details, and so on. However, it is also possible to 3D print much more complicated things. For example, it is now possible to craft firearms and weapon parts (All3DP). There has also been news about habitable 3D printed houses (The Guardian). The latter might imply revolution in the construction industry, a collapse in housing prices, and the solution to the problem of cheap and affordable accommodation. These are just some of the examples of how rapidly 3D printing has developed since its emergence in early 1980s. However, one of the most amazing ways to apply this technology is to use it in healthcare and medicine.

Scientists are currently still exploring these ways. Nevertheless, there is already a plethora of examples proving the prospects and perspectives of using 3D-printed objects in order to save lives.

One of the most obvious ways to use this technology in medicine is to print equipment. Whereas in richer countries such as the United States or members of the European Union there might be no shortage in equipment, poorer regions may lack it severely. 3D printing looks like a perfect way to solve this problem. The amount of items possible to be printed is significant, and includes such titles as tube racks and plate holders for medical laboratories, microscope stands, joint protractors, vascular clamps, and so on (Thingiverse). For example, 3D printing technology has been successfully used to respond to the recent humanitarian crisis in Haiti by providing local non-governmental organizations and volunteers with the equipment necessary to deal with the aftermath, including medical equipment as well (3D Printing Industry).

Moreover, some hospitals have already started to used 3D printers right on the spot in order to ensure that all the necessary equipment is always at hand when it is needed. According to Dr. Justin Ryan, a biomedical engineer and research scientist at Phoenix Children’s Hospital’s Cardiac 3D Print Lab, several years ago there were only a few hospitals in the United States that would establish 3D printing labs. However, nowadays it is becoming a trend, and the number of such hospitals is increasing (ASME).

Obviously, 3D printing is a great way to supply patients with prostheses of all kinds. For example, victims of accidents who had lost one or more limbs, amputees, soldiers, those in need of artificial hearts or other organs, burn victims–these, as well as many other categories of patients, can be helped now. For example, Jonathan Butcher from Cornell University printed a working model of a heart valve; in particular, he managed to recreate the muscle stiffness needed for proper blood circulation. University of Toronto researchers, in collaboration with Autodesk Research and CBM Canada, used 3D-printing technologies to supply patients in developing countries with cheap and fully-customized prostheses. The same was done in Sudan by the American “Not Impossible Labs” company specializing in 3D printing. Not just limb prostheses, but also those of tissues and bones can be created with the help of this amazing technology (3D Printing Industry). Even skin can be recreated now: in 2017, Spanish scientists from the Universidad Carlos III de Madrid, Center for Energy, Environmental and Technological Research, and Hospital General Universitario Gregorio Marañón presented the first working prototype of a 3D bioprinter capable of printing fully functional artificial skin (UC3M). These are just some of the examples, but they are already quite impressive. Undoubtedly, with the further development of this technology, there will be more and more complex organs and systems of the human body that can be recreated with the help of 3D printing.

Overall, it can be said that 3D printing technology is incredibly prospective for usage in the field of medicine and healthcare. It can be used for not just printing medical equipment (although it is already a huge asset capable of solving or at least alleviating humanitarian crises, as well as problems with medical supplies in underdeveloped countries), but also for treating patients. In particular, 3D printing is a perfect and cheap way to supply those in need with artificial arms and legs. However, the power of technology already goes beyond printing limb prostheses: if needed, it can be used to recreate bones, organs, and even tissues such as skin. 3D printing technology is the future, and the healthcare industry can benefit greatly from using it.

“Prosthetic and Medical : A Collection by RockIT.” Thingiverse, www.thingiverse.com/RockIT/collections/prosthetic-and-medical-/page:1.