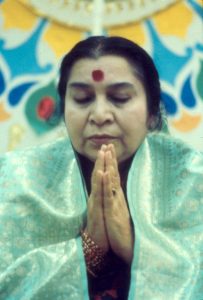 Meditation has been shown to benefit those with high-blood pressure, with physical pain, with poor immune systems, and more. In fact, Dr. Ramesh Manocha, senior lecturer at the Department of Psychiatry at Sydney University, notes that meditation has a widespread application on one’s health. “Negative feelings ranging from stress, depression and even artificially induced feelings in laboratory studies have frequently been shown to have negative effects on the body’s resistance to disease. Depression, and even current depressive feelings, or just a history of depression all have been associated with increased risk of heart disease. Hopelessness is one symptom of depression that appears to have particularly adverse effects on health. One study reported that a single question about hopelessness predicted a nearly doubling of risk of fatal and nonfatal heart disease” (Beyond The Mind). There are many other effects negative thinking has on our body, such as high blood pressure, the dryness of the mouth, and more. As should be known, our thoughts have a direct influence on our physical state.

Since meditation deals with reducing or even eliminating the chatter of the mind, it can be assumed that meditation can solve psychological problems in practitioners as well. Many psychological issues, such as obsessive-compulsive disorder, schizophrenia, anxiety, and more issues can be assuaged if thoughts diminish or disappear. According to the website Meditation Research, “A study conducted at the University of Vienna found a significant beneficial effect of Sahaja Yoga Meditation on state and trait anxiety in healthy adults. A group of 37 adults was taught Sahaja Yoga Meditation for 8 weeks and compared to a group of 32 adults who received no intervention and a group of 32 adults who had to listen to music of Mozart. The group who received Meditation showed a significant reduction in their levels of state and of trait anxiety compared to both controls and to the group that listened to Mozart” (Meditation Research). This is just one example of many studies about Sahaja Yoga Meditation and other forms of meditation that have alleviated psychological issues. With a calm mind and a healthy body, it is easier to have a sense of contentment.

Happiness is something each person seems to be searching for. Meditation has been shown to make people more content with themselves and their surroundings through an inner acceptance of reality. In the words of Shri Mataji Nirmala Devi, the founder of Sahaja Yoga Meditation, “The joy is not that you laugh loud. The joy is not that you’re always smiling. It is the stillness, the quietude within yourself, the peace of your being, of your spirit that asserts itself into vibrations which you feel. When you feel that peace, you feel like the light of the sun, the whole rays of that beauty spreading” (Freemeditation.com Meditation Basics). Knowing and feeling that inner peace allows one to be peaceful, and thus content with oneself. This contentment does not need to only come when one is meditating or in a meditative mood. It is suggested that the contentment one feels in meditation carries over into our days and nights, which leads us to feeling more happy overall.

Meditation, especially the forms of it that focus on mental silence, have been shown to lead to healthier lives physically, mentally, and emotionally. Not only is meditation a fashion or an alternative way of perceiving reality, but it is a medically-sound way to improve your overall well being.

“Negative Feelings and Their Impact on Health.” Beyond The Mind, www.beyondthemind.com/extras/negative-feelings-and-their-impact-on-health/.