The Internet and American Society

Computers once had a singular purpose: to solve mathematical equations. Rapid advances in computer technology have altered the way in which people interact with computers, as well as the functionality of these intelligent machines. With the advent of a worldwide and nearly universally accessible Internet, the way in which we interact with each other has changed drastically. People from all over the world can instantaneously exchange both business and personal information. 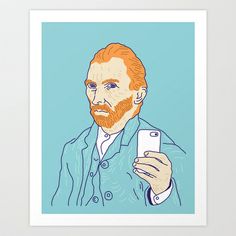 Internet commerce has become a huge part of the daily lives of millions, as well as social networking and streaming media. Most recently, portable electronics capable of nearly all internet-related tasks have become a common possession for the average American. The unlimited free exchange of information has changed and is continuing to shift American society at large in a profound way.

“The internet is probably most famous for the ability to spread information, fact or fiction” (Nikolovska, 2007). Despite the many positive influences the Internet has had on our society, one cannot ignore the negative repercussions. Many vendors have become faceless, and the examination of goods prior to purchase has been reduced to pictures. While there are many reputable online stores, there are those with less ethical aims. People must be wary of any and all information sharing and purchases conducted online to avoid the transfer of funds or personal data to unscrupulous entities. Likewise, information obtained via the Internet needs to be scrutinized in order to determine accuracy. According to the 2010 U.S. Intellectual Property Enforcement Coordinator Annual Report on Intellectual Property Enforcement “The digital environment… presents enormous challenges to businesses, consumers, governments, citizens, communities, and families, particularly as new technologies and platforms disrupt traditional business models, means of governance and modes of private communication and expression.” In essence, the Internet has begun to change nearly every aspect of our lives and shows no signs of stopping.

Personal safety threats related to the popularity of social networks, especially among the youth, is another huge Internet-related issue. “They are taking us somewhere exciting, but we have to work out how we deal with the fading boundaries these tools have left in their wake, and that means rewriting our social rules as we go along” (Hoover, 2009). With the human race being a social species by nature, it was inevitable that new advanced methods of communication would eventually be developed. The Internet has revolutionized interpersonal communication since its inception with advances such as email and instant messaging. More recently, websites devoted entirely to communication have emerged. The most popular example of such social networks is Facebook. Members input personal data, upload photographs, and personalize many aspects of their own unique pages within the site. They may then connect and share this information with as many people as they desire. Social networks have gained such popularity that one is nearly certain to find their friends and coworkers via online means.

With so many people uploading personal information, targeted marketing has become easy and popular. Because of this precise demographic and specific marketing capabilities, social networks are extremely profitable. But there is always the downside, and with social networking it is primarily the issue of trust and safety. Social networking puts its users in danger from those members of the web who may pose as someone they are not and should not be trusted. When you only know a person over a short period of time and have never before met in person, it is easy for that person to create a desirable self-image in your head, and this image might have nothing to do with reality. When we expose our lives to the Internet’s community, we become vulnerable, whether we realize it or not.

Given the degree of impact the Internet has had on American society in its relatively short existence, the long-term implications are unforeseeable. A world in which all people may communicate openly with one another, regardless of the physical distance between them, was once no more than a tempting idea, but is now the norm. The world is analogous to an organism, and to quote a fictional doctor: “All organisms evolve and develop along patterns only recognized in retrospect.” It will probably be not sooner than until we experience the results of the Internet’s influence on society that we may be able to evaluate them.