Marijuana refers to a drug derived from dried leaves, stems, and flowers of the cannabis plant. Cannabis sativa, as it is known scientifically, bears a chemical known as “delta-9 teterahydrocannabinol” (THC in short) that alters mind functions of the user (Cohen, 2006). This ingredient is rapidly absorbed a short while after a user intakes the drug. It affects areas of the brain dealing with memory, perception, concentration, and movement. This causes short-term physiological medical effects that include rapid heart rate, rapid breathing, increased blood pressure, dry mouth, red eyes, slowed reaction time, and increased appetite. Although these effects recede after 3 to 4 hours, cannabis remains in the system for about 24 hours after smoking. Psychologically, pot smoking causes euphoria, explaining the reason smokers habitually want to ‘get high’ or ‘stoned.’ In addition, pot smoking causes short-term psychological effects such as a discordant sense of time, paranoia, hallucination, anxiety, depression, and short-term memory loss (Younts, 2005).

The use of marijuana in the United States starts at an early age of between 12 and 17, usually due to peer pressure and curiosity. For several decades now, many youngsters have believed that smoking marijuana is no big deal—it simply helps to stave off stress and to have fun. Furthermore, some adults are also convinced that pot is relatively ‘safe’ when compared with other hard drugs like cocaine or heroin (Cohen, 2006). However, the truth is quite the opposite of this commonly held belief. Having thoroughly examined the harm of all known psychoactive drugs and narcotic substances for the human body and society overall, British scientists named marijuana the eighth most dangerous drug (The Lancet, 2007). The United States Congress entrenched marijuana in Schedule I of the Controlled Substance Act after agreeing that it had “no acceptable medical use.” Yet today, of the total 50 states, 16 have legalized the medical use of cannabis. Medical cannabis is claimed to be a safe and useful treatment for such medical conditions as cancer, pain, glaucoma, multiple sclerosis, and epilepsy, among others. This essay attempts to determine whether using marijuana for medical purposes is based on empirical data or rather a populist myth. 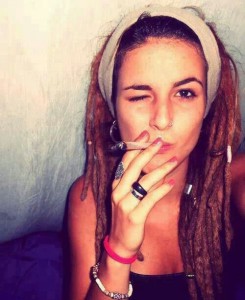 If marijuana were just another common drug, its appropriateness for use as a medical substance would certainly be left to the discretion of physicians and patients. However, this decision is caught up in modern-day politics of drug warfare. Physicians and patients who get involved with the use of marijuana face grave consequences from the authorities, who seem to be bent on maximizing the fear and uncertainty, which people who might benefit from marijuana use face.

However, volumes of peer-reviewed studies, major government reports, independent research materials, actions of eminent medical organizations, and the history of medical use of marijuana prove that marijuana’s medical use is viable and safe (Younts, 2005). Researchers have confirmed that THC is effective in blocking pain signals going to the central nervous system by tracking the biochemical path followed by pain signals from an injury, via the spine, to the brain. Why would authorities, physicians, and patients ignore any drug that has the capability of relieving pain from these terminal diseases and which does not have the significant side effects of synthetic pain killers?

Moreover, marijuana use for medical purposes appears to be more effective compared to other mainstream painkilling drugs (Younts, 2005). In many instances, refusing to extend cannabis treatment to deserving patients is not only cruel, but also unnecessary. Treating the terminally ill does not pose a public threat, or open up more loopholes for trafficking, as many anti-marijuana activists argue. In most states, a large majority approves of its use in medical cases, and the federal government needs therefore to adjust its laws to accommodate the interests of the majority in the various states.

In 2010, the state of New Jersey approved a bill (S119) seeking to legalize medical cannabis for use by patients with severe chronic illnesses. Governor Jon Corzine signed the bill into state law, and it sets out the grounds on which medical marijuana is to be distributed to state-authorized patients. The patients who stand to benefit from this law are those suffering from glaucoma, cancer, seizures, multiple sclerosis, Lou Gehrig’s disease, muscular dystrophy, inflammatory bowel disease, HIV/AIDS, and any other terminal diseases which a doctor says will cause the death of a patient within a year. Moreover, the law also authorizes the state’s Department of Health to permit the use of medical cannabis for patients with other similar conditions (Kocieniewski, 2010). Authorized patients will be required to carry an identification card with the due approval of the Department of Health, renewable yearly.

Contrary to federal law, the New Jersey medical marijuana law recognizes cannabis as possessing “potential therapeutic value,” especially in relation to pain, nausea, anxiety, appetite stimulation, and the treatment of vomiting. However, patients prescribed medical marijuana are not allowed to cultivate their own cannabis and can only be in possession of two ounces of this drug per month. Opponents of the law cited medical marijuana abuse in other states like California. Nevertheless, people from other states that have not legalized medical cannabis are seeking similar law reforms to save themselves and their loved ones from excruciating pain caused by specific diseases (Fassa, 2011).

Those still opposed to medical cannabis clearly miss the point. The available scientific evidence on medical marijuana benefits is sufficient enough to warrant its legalization. The legalization of marijuana for medical purposes also carries tremendous potential for streamlining the federal budget. Although a seemingly leftist idea, the act of legalizing and levying taxes on marijuana would help reduce the budget deficit and create job opportunities for many people. Domestically-cultivated marijuana comes only second to corn as the largest cash crop in the U.S. Its legalization would require removing it from Schedule I, so that it becomes a non-scheduled drug, just like nicotine, alcohol, ibuprofen, or caffeine (Younts, 2005). Drugs that fall under Schedule I include opiates, opiate derivatives, depressants, stimulants, and psychedelic substances.

Millions of dollars are spent yearly to arrest cannabis traffickers or users, bringing them to trial and eventually maintaining them in United States prisons. The government, through its health system, also loses a lot of money by providing wasteful treatments to patients with terminal illnesses, instead of allowing them access to cheap and effective medical cannabis. The money saved, as a result, can be used to offset state and federal budget deficits (Fassa, 2011). Every state faces a budget crisis, and legalizing medical cannabis would go a long way in filling the budget gap.

With 28 million Americans already partaking in smoking marijuana for recreational purposes, opponents of the move to legalize medical cannabis argue that its legalization would increase its recreational use. They also contend that it would be too dangerous because the drug lacks approval from the FDA, and that it is addictive. There is also the argument that marijuana acts as a stepping-stone to the use of harder drugs (Younts, 2005). There is plenty evidence of people who became hooked to cannabis. However, other strong chemical painkillers are much more dangerous and cause even stronger addiction. Alcohol, the drug responsible for more deaths worldwide each year than marijuana, cocaine, and heroin combined was ranked the #1 most dangerous substance, yet it is completely legal in the US and most of the world (The Lancet, 2007). Additionally, scientific research confirms that cannabis is not as addictive as most government sources love to claim. Smoking marijuana sparingly is not capable of causing long-term afflictions such as lung cancer, lowered testosterone levels, or even physical and psychological addiction.

Legalizing medical cannabis would make this affordable and all-natural drug available to deserving patients, which would in turn improve their quality of life (Shohov, 2003). Leaving a person to suffer when the means to help them are right there is inhumane and in contradiction with the laws of nature. Legalizing medical cannabis would also make its use controllable and provide valuable insight into the nature of the ingredients it possesses. Experts would be able to determine the necessary healing dosage, and pharmaceutical firms would invest in more in-depth research on the healing properties of marijuana (Shohov, 2003).

Current laws on marijuana use take away the freedom of choice from both doctors and patients. Such laws ought to be repealed in light of the reliable research data that confirms the valuable medical properties of marijuana. Patients suffering from acute conditions who can benefit from cannabis use should not be subjected to the same treatment as criminal peddling, or using cannabis for recreational purposes. The political controversy surrounding cannabis use should not be allowed to extend to the physician’s office, and into hospital rooms and households. The controversy needs to be restrained, and deserving patients accorded due help. That is being humane.