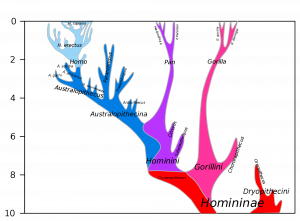 There has been discussion for decades about a missing link between early humans and their predecessors. It has been perhaps the most contentious issue in regards to human evolution in proving the theory of evolution as true and factual. Well, a missing link has been recently found. It does not give a complete picture of the progress from our predecessors to early humans, but it is a step in collecting more information to shape the entire canvas of our evolution. These transitional fossils are important to recover to chase away the questions of skeptics in the theory of evolution and to establish the complete trajectory of evolution. And despite new evidence being found, scientists remind the public that evolution is not linear. It is more complex than that: many branches of human evolution intersect, falling in and out of favor, so to speak. In this sense, there is not one fossil that will be the missing link, but many to show the true progression. Nonetheless, scientists have recently found that fossils of Australopithecus sediba, through extensive research, indicate these beings were closely linked to the Homo genus.

The discovery of the newest “missing link” happened upon by accident. According to CNN, “The Malapa site, South Africa’s “Cradle of Humankind,” was famously discovered by accident by nine-year-old Matthew Berger as he chased after his dog” (Picheta, Rob). The skeletons found of Australopithecus sediba assist in making sense of the gap between “Lucy” and “Homo habilis.” Australopithecus sediba was mostly an inhabitant of trees, most likely to be away from predators and to find food up there. They lived approximately two million years ago, and it took a decade of debate to determine the actual significance of the findings.

The new findings about these skeletons are important in showing why it is a missing link. According to CNN, “The hands have grasping capabilities, which are more advanced than those of Homo habilis, suggesting it, too, was an early tool-user” (Picheta, Rob). Also, one of the biggest discoveries coming from these skeletons is that they suggest that there were several lineages from our predecessors. The more research pours in, it seems more and more that human evolution was non-linear. This is also substantiated by the fact that several types of hominids interbred (Yancey-Bragg, N’dea). With more on this process, Professor Lee Berger from the University of the Witwatersrand states that, “human evolution is not a linear process, where one species evolves into another, but rather follows a process similar to a braided stream, or river delta, where a stream might branch off into its own direction, or later flow back and join a different stream, which might “evolve” into a new species” (“Australopithecus Sediba: No Such Thing as a Missing Link”).

Thus, the new “missing link” is just another piece in the puzzle of human evolution. There is no objective missing fossil or fossils that will solve a linear progression from our predecessors to early humans. Evolution is more complex than that. Despite several of these ancestors being found that can said to be filling in the gaps in our knowledge of human evolution, there are many more discoveries to come, and due to the complexity of evolution, it might take us many more years to get a full picture of our evolution, if that is possible.