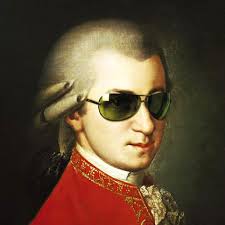 It is a well-known fact that listening to different kinds of music can evoke various feelings and moods in a listener. For example, listening to pop music can make one energetic or cheerful, and listening to ambient or lounge melodies can calm a person down. However, the most outstanding in this aspect is classical music, which is capable of—as numerous studies have shown—making people smarter.

Research aimed at revealing the connection between music and cognitive processes started in the 20th century, when in 1988, neurobiologists Gordon Shaw and Xiaodan Leng attempted to model brain activity on a computer. Scientists discovered nerve cells, connected to each other in certain ways, formed specific patterns that might be responsible for the basic exchange of mental activity. Instead of a regular printout, they, for some reason, decided to turn the results of their experiments into sounds; surprisingly, they discovered the output was a rhythmic pattern of sounds, somewhat similar to music. Shaw thought if brain activity can sound like music, it might be possible to learn more about the mechanisms of its work through observing how brain reacts to music. He joined two other researchers, Frances Rauscher and Katherine Ky, and together they conducted a fundamental study, revealing what is now called the “Mozart Effect” (lrs.ed.uiuc.edu).

Within the process of the experiment, subjects were suggested to listen to Mozart’s sonata written for two pianos (K448) for 10 minutes. After this period, the participants of the experiment displayed higher spatial reasoning skills, compared to periods of listening to specially designed “relaxing” music. This effect did not last longer than 15 minutes, and the same effect was not always achieved by other investigators; still, the majority of experiments proved that Mozart’s sonata K448 caused an increase in spatial-temporal performance—however, without enhancing general intelligence (JRSM).

Research in this field continues. Recently, researchers have located specific areas of mental activity linked to emotional responses to music. “You can activate different parts of the brain, depending on what music you listen to. So music can stimulate parts of the brain that are under-active in neurological diseases or a variety of emotional disorders. Over time, we could retrain the brain in these disorders,” says neuroscientist Anne Blood at McGill University in Montreal (How to Learn).

Numerous research studies have proved that music definitely affects the way the human brain works, increasing its performance in certain circumstances and under certain conditions. Especially famous in this relation is the “Mozart Effect,” which manifests itself in a temporary boost of spatial reasoning skills. Although general intelligence is not affected by the music one listens to, neurobiologists say it might be possible to deal with certain neurological diseases with the help of music.