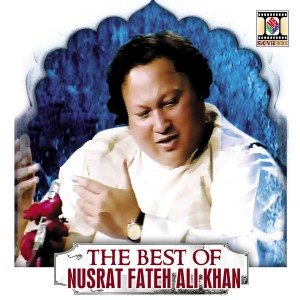 It seems the arguments for proving or disproving God’s (or a god’s) existence will never be pinned down as absolute truths. Most of the time, one becomes an atheist or a person of faith based on a form of logic or a type of emotion that is personally attractive, though this logic or emotion cannot be said to be absolute truth (Harper, 12). Through logic and emotion, both sides of the argument for divinity and a lack of divinity can be “proven.” For me, music has been one of the pieces of evidence for the existence of God or a god.

When I listen to Sufi music, particularly qawwali music, I get into states of ecstasy and feelings of mystic transformation. Sufism is a mystical sect of Islam that places great importance on music as a tool to put people in a state of oneness with the divine. In qawwali music, the words of saints are combined with infectious rhythms and soaring melodies. When a listener tunes into a qawwali willingly, many times the listener will at some point feel a transformation in his or her consciousness, which could be said to be like feeling the rhythm of the Universe, or a feeling of oneness having spiritual tones (Garge, 10).

This occurred to me often while listening to a particular maestro of qawwali music, Ustad Nusrat Fateh Ali Khan. I am not a Muslim, or a Sufi, but was curious to hear something new when I first received a CD of the acclaimed singer from an aunt of mine. I had been listening to mostly alternative rock music, and a first listening of Ustad Nusrat Fateh Ali Khan surprised me and gave me immediate awe. There was something in his voice that had a certain substance I could not deny. Later, I realized this substance was the mystic devotion the singer expressed and of which I felt keenly with many listenings.

This might not sound entirely scientific, as it cannot be tested or observed strictly (as of now), but its effects and the experiences that are a result of those effects are difficult to deny if they happen to one personally. And it is not just me experiencing regular effects of ecstasy listening to Ustad Nusrat Fateh Ali Khan’s music—thousands of listeners lay claim to feel a sense of spiritual fulfillment while enjoying his music (Byth, 32). And surprisingly, many of the people who claim this are neither religious or spiritually-minded. It seems people get mystically hypnotized by Ustad Nusrat Fateh Ali Khan’s music whether or not it was intended to.

There may never be any proof for or against God’s or a god’s existence, or whether we would know what this proof could possibly be. But when I listen to Ustad Nusrat Fateh Ali Khan’s riveting vocals, it brings me into a state of ecstasy and I feel I am getting in contact with the eternal spirit the mystics talked about and still talk about. I may be hallucinating each time I listen to this music, without the usage of drugs, but I choose to believe this is highly improbable. Rather, I accept this music expresses divinity and this expression can be felt by the listeners of this music.