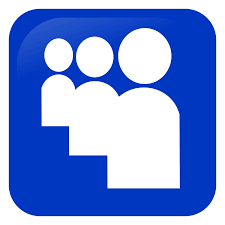 Myspace was one of the most popular websites in the world in its golden age. It still operates, but has now been overshadowed by Facebook, Twitter, Instagram, and other social media platforms. It was the largest social networking site from 2005 to 2009, which is a good stretch for the current social media climate. It is an interactive platform, providing users with the ability to blog, find music, search for groups, post/locate photos, watch videos, and more. Let us venture into the history of this remarkable social media platform, which led the internet into the realm of a social media craze.

The story of Myspace begins with employees of the now defunct company eUniverse, which was an internet marketing company. In 2003, a few of the employees had accounts on the site Friendster (a defunct social gaming site), and thought that some elements of it had great potential. Specifically, the employees tried to capitalize on the most popular parts of Friendster. In only 10 days, this group of individual created the first version of Myspace using the rapid web development application named ColdFusion. In that short span of time, finances, human resources, technical expertise, bandwidth, and server capacity was already fully prepared. The starting employees of Myspace were Brad Greenspan (eUniverse’s Founder, Chairman, CEO), Chris DeWolfe (Myspace’s starting CEO), Josh Berman, Tom Anderson (MySpace’s starting president), and programmers and other staff from eUniverse (CBS News).

It is not surprising that the first users of MySpace were the employees of eUniverse. In fact, eUniverse made the gathering of new users competitive by making a competition to see who get the most fresh people to join the website. Through the joining of company employees and by sending out countless emails to subscribers of eUniverse, Myspace gained significant ground fast. The numbers of members grew so fast, that soon it was competing with the top social media sites in the world. This process was also aided by the able hands of Toan Nguyen, who helped stabilize the platform. In addition, Co-founder and CTO Aber Whitcomb did great work in software architecture at a speedy rate. This rate of development outmatched other social media sites, despite them having larger teams of developers (“MySpace Marketing”).

Myspace grew in membership at an alarming rate due to it being free and having a variety of popular functions. According to Encyclopedia Britannica, “It quickly distinguished itself from established social networking sites by allowing—and in fact encouraging—musical artists to use the site to promote themselves, earning Myspace a hip cachet and making it a favoured destination site for youth. It also developed a reputation for racier profiles and a raunchier attitude than other sites” (“Myspace”). With it being famous among young adults and teenagers, the site became a hub of the newest generation. In fact, Myspace was so powerful that by February of 2005, talks were held with Mark Zuckerberg about purchasing Facebook, though the offer of $75 million was denied (Arrington, Michael).

Some big shake ups started to happen in the social media world. In July of 2005, the Rupert Murdoch’s News Corporation bought Myspace for $580 million. The purchase was worth it, as within one year, the value of Myspace tripled. The strategy though was to use Myspace as a venue to direct traffic to their other sites. Anyway, with this big purchase, Myspace entered the international market, with versions of the site available in the UK, the Netherlands, China, and other nations. By 2007, Myspace was deemed the most popular social media platform in the world, over Facebook, LinkedIn, and other major sites. That was its peak of traffic, and slowly Facebook gained ground over Myspace by updating each features regularly and making it a more universal tool than Myspace.

To summarize, a pioneer in social media, Myspace was born out of another company, eUniverse. Its employees in early 2003 began to develop the website rapidly and had competitions to make it grow. Soon enough, with its focus on entertainment and social bonding through interests, it grew to be the world’s number one social media platform by 2007. However, Facebook took over this position over time through its adaptable nature and ever-changing functions.