The Problem of Obesity in America 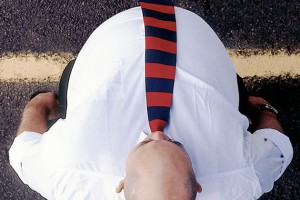 It has long been debated whether obesity is a relative measure and should not be used as a stigma to label overweight people. However, the fact is, when the weight of a person significantly exceeds a certain norm for their age and gender, the health and well-being of a person tends to generally decrease in quality. Obesity might not be a serious disease in the commonly established meaning of this term, since it is not contagious like the flu, irreversible like AIDs, or deadly like cancer. Yet it has been proven there are numerous links to a higher probability of heart-related diseases, depression and passiveness, diabetes, and premature aging of the body as a whole and the brain in particular. Moreover, obesity decreases the general quality of life, since it becomes difficult for an obese person to enjoy simple activities, stay energetic and active, succeed in sports, and enjoy a full-range diet. Thus, when talking about obesity in a country like America, where the problem is especially acute and critical, we need to consider the most probable causes and factors of obesity in order to come up with an effective health program to deal with this issue in the United States.

Obesity can be argued to be genetically predisposed and there is little governments and NGOs can do about this fact. It is true that some people are born with a higher probability of being overweight and eventually obese than others (Porps 73). However, such predisposition cannot be considered a purely “American problem” since it is almost equally spread amongst different races and ethnicities. Statistically, around 20% of people in the world suffer from obesity. However, this number is significantly higher for the US population. Thus, we need to look at those factors that could explain why the problem of obesity is more serious in America than in, for example, Germany, Russia, or Brazil. One of such factors is the factor of eating habits.

Americans have a tendency towards substantial fast food and soft drink consumption. Eating french fries, pizza, cheeseburgers, and drinking Coca-Cola are the top metabolism inhibitors in modern American society. By consuming such foods and drinks regularly, American teenagers, adults, and children slow down their metabolism by up to 12 times, as research has proven (Henrix 122). This means the same amount of food will be digested and absorbed 12 times slower by an American teen than by a healthy-eating Russian or African child. Moreover, numerous health issues such as ulcers, dysbacteriosis, cholecystitis, and diabetes, which are also directly related to one’s eating habits, have a negative influence on a person’s weight and the amount of fat in a body. Hence, when working towards decreasing obesity rates, we need to start from completely changing our dietary habits and refraining from eating fast foods or drinking soft drinks.

Another point to consider when talking about American dieting habits is the lack of fresh fruits and vegetables in their everyday ration. We seem to think a glass of orange juice, watered down from concentrate and flavored with artificial sweeteners, or a few grapes on top of a cupcake for dessert, or a bowl of spinach salad for dinner, does the trick and provides the necessary amount of vitamins, microelements, and minerals for our body and mind. However, this is far from being true, as dietitians inform. Five different fruits and five different vegetables a day is the minimum requirement for healthy development (Parker 56). The key is to eat in variety and to eat fresh, garden-grown products. In the United States, there are few places where fresh, recently-picked, and naturally-grown fruits and vegetables are sold at local markets. In the majority of cases, it is the supermarket chains which distribute such products to Americans across the country. Fruit and vegetables from a supermarket, like Wallmart or Safeway, do not supply us with even half of the valuable nutrients compared to fruits and vegetables from one’s own garden, picked right before consumption and grown without using pesticides and fertilizers.

Unfortunately, keeping our own gardens and growing our own fruits and vegetables is not an act most Americans are able or willing to do. Then, is there a solution? Organic food, which many consider to be rather pricy, is in fact much healthier than what we are offered in the regular chain supermarkets. When it comes to health, prevention and precaution are less expensive than the treatment afterwards. The solution that is most suitable for an average American family is to shop organic, fresh, and healthy, choosing vegetables and fruits over unhealthy calorie-booster snacks like chips, pretzels, and donuts (Open 43).

One more important factor we often forget about when investigating the reasons for high obesity rates in the United States is the factor of portion size. Comparative studies have often proven the size of an average serving portion in America is many times higher than in the majority of other countries. For instance, one portion of pasta in an average American middle-class restaurant can be split into 3.6 Japanese portions, 3.2 Chinese portions, 3.1 French portions, 2.8 Russian portions, 2.3 Polish portions and 2.2 Italian portions (Kin 21). Do Americans need to eat this much? We are not the tallest or the most active nation in the world, but for some reason, we consume twice as much as the Dutch, who ride bicycles while we drive cars, or the Russians, who walk by foot an average of 2.9 miles a day while we barely do half a mile. Americans are getting used to eating more than their body needs since early childhood. Next time we go to a restaurant to order a full bowl of salad followed by a huge plate of spaghetti and a glass of ice tea, we need to remind ourselves how our stomachs are only the size of an average man’s fist normally, but not if you stuff it with loads of food.

Whether we like to admit it or not, obesity is a problem for Americans. The quality of life and the state of health of Americans is much lower than it should be. Some may argue they try to live an active life, doing sports and participate in community activities, but they still have weight problems. This is the case for many Americans who forget that along with changing their lifestyle, going to a gym and running in the mornings, they need to cardinally change their eating habits, consume more fresh and healthy natural foods, stop eating junk food, lessen their portions by half and start eating smart.