The majority of urban populations spend at least eight hours per day in an office. In most offices, working conditions do not assume regular physical exercising, or at least moving much; employees have to sit in one place throughout their entire working day. Such conditions can hardly be called healthy or natural, and so they almost necessarily result in manifold health issues, which have become typical among office workers. And whereas some of them such as back pain or bad posture are obvious, other problems may be difficult to identify. 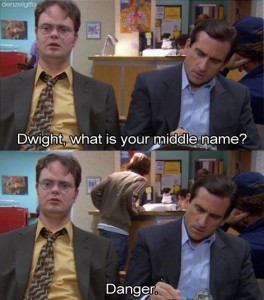 Working in an office means sharing an environment with a number of other people. This fact means possible issues with germs and bacteria, as all people have different hygienic habits. This especially refers to male office workers; according to a study conducted by microbiologists of San Diego State University and the University of Arizona, men’s office spaces contain on average 10 percent to 20 percent more bacteria than in women’s working environments (MSN). Experts who did not participate in this research still confirmed the results obtained by their colleagues. Michael Schmidt, a microbiologist at the Medical University of South Carolina, says men are usually exposed to a greater risk of getting, for example, a norovirus, as they usually do not pay as strict attention to hand hygiene after using a bathroom as women usually do. Coworkers’ sneezing, coughing, or snuffling can also become a source of germs.

Appliances used in offices can also be dangerous. For example, energy-saving fluorescent light bulbs are claimed to be able to cause skin damage by emitting excessive ultraviolet radiation if located 5 feet or closer to a person, according to the researchers from Stony Brook University in New York (Scientific American). In particular, photodermatoses and skin cancer are among the most often reported diseases. Free candies and coffee, conditioned office air (as well as too cool or overheated air), open office spaces that increases stress because of the lack of privacy, as well as other factors can also be harmful for one’s health (MSN).

Though today it is common knowledge that there are direct psychological and psychosomatic health-related impacts of excessive stress at the workplace, it can be even more dangerous in terms of the safety of surrounding people. In 2007, on average, 16% of workers reported that anger at the workplace had led them to a company’s property damage; 9% of workers reported that violence caused by stress had occurred at their workplace; 10 more percent expressed fear that their environs might not be safe (RJC Associates).

Working in an office implies exposure to hidden dangers posed by the specifics of the environment. Along with such obvious health issues as poor posture or short sight, there also exist problems that can be noticed only when they manifest themselves. Among such harmful effects one should name germs, ultraviolet radiation from energy-saving light bulbs, conditioned air, and workplace rage caused by excessive stress.