The Benefits of Organic Food

It is a common fact that the human population on Earth is enormous: over 7 billion people inhabiting a relatively small planet. Aside from many other conundrums stemming from overpopulation stands a question of food supplies. Those who reside in agricultural regions with a low density of population have a possibility to eat natural products that they grow on their own, or which at least contain little or no artificial nutrients. However, the situation is different in the industrial and developed regions, where food is often produced with the use of various kinds of preservatives, chemicals, nutrients, and other external ingredients, which can cause harm to the body. Organic food can be seen as a better alternative, since it is more natural. 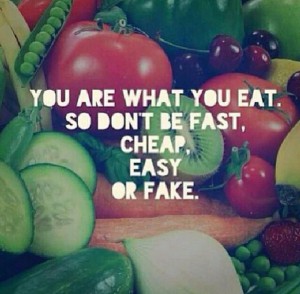 Organic foods are believed to be safer than conventional ones, and it has natural origins, which makes it a reasonable choice. According to the requirements of the British Soil Association, organic food should consist of at least 95% natural ingredients (Soil Association). “Natural” means the ingredients should come from the plants and animals grown or bred without any chemicals or artificial nutrients. In the United States, there also exists strict requirements for the products labeled as organic: the U.S. Department of Agriculture has enabled a special certification program that requires organic food to meet specific standards.

In correlation to this, customers should pay attention to the labeling on the packaging of food products. If it says 100% organic, this means the product has been manufactured without the use of any chemicals or artificial additives; simply organic means the product consists of 95% natural ingredients (MayoClinic). Returning to the standards of organic nutrition, organic food cannot contain, in particular, such ingredients as synthetic fertilizers or pesticides; genetically engineered organisms; raw manures cannot be used to fertilize fields as well, because of its potential contamination (Canadian Living). The other 5% of ingredients are allowed as they are not available in organic form, and for non-food ingredients (such as salt, water, and a restricted number of additives like iron or thiamine).

Organic food is known to be healthier than conventional food. According to recent research in the United States, organic food contains an average of 63% more calcium, 73% more iron, 125% more potassium, and 60% more zinc compared to conventional food products. This is not to mention the fact that common food is about 25% more toxic than the food produced from natural components (Canadian Living). Besides, many people claim it tastes better than other products.

Organic products—not only food, but also textiles and cosmetics—are becoming more popular among people globally. Though the price of organic products is often higher than regular ones, its safety, healthiness, and natural origins fully compensate for this disadvantage.