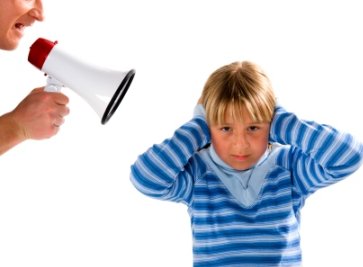 As a rule, parents adore their children. Apart from families with psychological, substance, or criminal problems, for every parent, a child is a significant part of his or her life. Depending on parents’ temperament, they raise their children in different ways; some try to be supportive, understanding, and friendly—others prefer to be strict and demanding, and so on. It is hard to say which parenting model is better or worse; but what is obvious is that controlling and authoritarian parenthood—unfortunately, one of the most popular parenting models—has a number of negative effects on a child.

It is important not to confuse authoritarian and authoritative parenting. The latter is about reasoning with children, combining parental love within reasonable limits for them (without excessive pressure and/or control), responding to children’s needs and emotional reactions, and teaching, but also supporting a child in his or her initiatives. This type of parenting leads to a child growing up as an independent and self-sufficient personality. However, authoritarian parenting is the opposite; it implies control over a child’s life, demanding a child’s blind obedience with minimal explanation, a forbiddance of child’s negative emotions, little-to-no expression of warmth and care combined with high levels of demand, and so on (ParentingScience.com).

Although authoritarian parents tend to justify their parenting style by being worried about their child’s future, in fact they should think about the fact that their behavior traumatizes a child and makes him or her vulnerable in his or her future life. Studies show that children raised in authoritarian households experience problems with social interactions; often feel obliged to conform even if they do not want to; find it hard to deal with their anger and frustration or express themselves through anger and frustration, thus directing negativity towards themselves; develop a strong fear of failure combined with low self-esteem, and so on (The Positive Parenting Centre). Also, such children may develop a denial of any authorities, thus increasing the chances of becoming a troubled teenager or a criminal.

The authoritarian parenting style is often observed in highly religious families (or even communities). Such parents often try to instill feelings in their children, such as shame or guilt, in order to be able to control them through “pinning” these feelings. “Do what I say, or you are a bad child,” “You should be ashamed for doing/not doing this or that” are typical phrase models for such parents. In addition to shame or guilt, authoritarian parents often appeal to higher authorities, usually to their communities or God. By doing so, authoritarian parents unconsciously teach their child to pretend and to hide their true emotions and desires, conform and obey. It is important to remember, however, that even when conforming, deep inside such children might hate what they have to do, disagree with the rules and requirements; this can lead to teenage rebellion, problems with the law in adolescence and adulthood, severe family conflicts, and so on (IRF).

The authoritarian model of parenting, despite its seeming efficiency, usually leads to results opposite to those it strives to achieve. Authoritarian parenthood often implies control over a child’s life and emotions, a high level of demand combined with a low level of warmth and support, and the requirement of total obedience. This leads to a child developing a number of psychological problems such as low self-esteem, indecisiveness, poor social adaptation, and so on. In some cases, authoritarian parenting may lead a person to commit crime.