How to Understand When a Person Lies 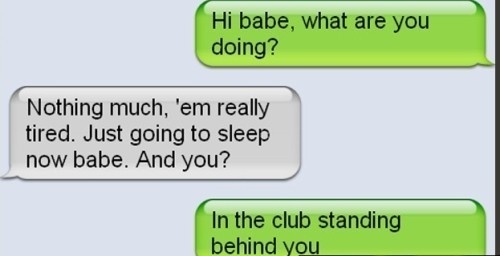 Perhaps some of you have seen the TV show “Lie to Me.” In it, a talented psychologist solves criminal cases based entirely on the behavior of people. Whom of us would not want to be able to understand whether we are lied to, or told the truth? Fortunately, this is not science fiction, and reading body language is possible; it is not difficult, and with some extra attention and experience, you will be able to distinguish truth and lies rather often.

Deception can be detected by the way a person moves. Usually, a lying person moves less freely than one telling the truth; gestures, arm and hands movements, and facial expressions become stiff. Moreover, these arm and hand movements are aimed in the direction inward to the liar, as if he or she is trying to incorporate something within themselves. Lying people often try to avoid eye contact (although in some countries, this is a sign of politeness and respect), and often touch their face, mouth, nose, ears, and so on. Also, touching their chest—a sign of sincerity—is uncommon for liars (Blifaloo).

A less obvious but still effective way to catch a liar is to watch his or her eyes. According to recent studies of deception, people blink less when trying to deceive a person they talk to. Because of nervousness, liars would be expected to fidget more, but cognitive load (which is having to think about what you say—lying requires plotting) has the opposite effect. Against all expectations, in deceptive situations, liars usually behave calmer than a normal person would, and fidget less. This leads, in particular, to the effect when liars blink or move their eyes less; in fact, it is common for liars to stare at one point when talking. This is due to having to invent and/or repeat lies, which is more difficult than truth (Time).

Slow speech can also be an indicator of lying, especially combined with the two previous signs. Although many people speak slowly because it is in their nature, liars have to slow down the pace of their speech because they need to hide the truth, and invent new facts and data instead of it. It is the same cognitive load as in the case with eye movement. Due to the same reason, liars often make pauses in their speech. All this is called nonverbal communication, and it can tell you a lot about a person through how he or she says something, not what he or she says.

Liars behave different from regular people when talking; usually, there are several signs, when combined, can indicate if a person is lying. Liars usually make less movements when talking, their gestures, pose, and facial expressions are stiff and tensed. Because of constantly having to think about what to say, liars do not control their micro-movements; as a result, their eyes are often still, staring at one point. Due to the same reason, they often speak slowly, with a large number of pauses. However, these are only guidelines.