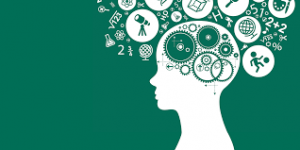 The human psyche is a powerful, and at the same time, delicate tool of perception and cognition. From the first days of life and until death, the psyche constantly develops, changes, and adapts to one’s environment. Such flexibility guarantees that a human being’s personality persists no matter what; this comes at a cost, though: in order to defend itself, the psyche launches a set of defensive mechanisms. Roughly speaking, a defense mechanism is a way of perception and thinking (involving subconscious processes) which ensures that feelings, thoughts, and experiences unpleasant to a person remain unperceived. Although these mechanisms are useful in stressful and/or dangerous situations, rather often they obstruct normal, fluent interactions between a person and reality.

Defense mechanisms are numerous, and each person has a set of their own. However, some of them are more or less common for many people. These mechanisms are rationalization, repression, reaction formation, denial, projection, and regression.

Repression is probably the most basic and the most widespread psychological defense mechanism, underlying all the others. If described shortly, repression means keeping frustrating, threatening, or depressive thoughts and feelings in the unconsciousness. The most common example of repression is when a person goes through an extremely traumatizing experience in childhood—molestation, rape, violence, and so on on—and his/her psyche completely banishes the memories about these events from his or her consciousness; a person seemingly forgets about what happened to him or her. However, sooner or later, these memories and feelings start to resurface; this is inevitable—one cannot keep these memories repressed forever. The trick here is that these memories can sometimes be partially wrong or totally false, which makes them unreliable. The human psyche is complicated, and a resurfaced memory can be a “ciphered” message about something else, so each of them should be taken with reasonable skepticism (Listverse). First discovered by Sigmund Freud, repression preserves a person’s ego from guilt, fear, disturbing wishes, and other unpleasant sensations. The problem is that even being concealed, they still create anxiety, making a person’s life more difficult (Simply Psychology). Therefore, repression is a defense mechanism that comes at a high cost.

Rationalization is another common defense mechanism; a person using it distorts perceived facts in such a way that they appear less threatening. For example, someone struggling with anxiety could try to rationalize it by explaining it with fatigue, stress, the lack of sleep, and so on. This is an example of conscious rationalization, though; for many people, this defense mechanism becomes automatic, so they start rationalizing everything, unconsciously making excuses on every occasion, believing their own lies (Simply Psychology).

Yet another defense mechanism slightly resembles repression: denial. It is a rather simple mechanism that develops in early childhood as one of the possible reactions to unpleasant events. Denial is one’s refusal to accept reality, preferring to act in a way that something has never happened. Little children sometimes close their eyes with their palms when something unpleasant is going on around them, and in the context of psychology, denial is rather similar to such behavior. The most common example of denial is a person suffering from substance abuse, refusing to admit that he or she has an addiction problem (PsychCentral). Another example is a woman involved in an abusive relationship who tries to justify her spouse’s violent behavior, or refuses to admit that he does harm to her.

A rather tricky mechanism is projection; in its basis lies a misattribution, when a person possessing unwanted feelings, desires, or thoughts. Instead of admitting and accepting them, he or she projects them on another person who might not have them. The simplest example is a married couple having an argument, when a husband blames his wife of not listening to him, when in fact it is he who does not want to listen to what his wife has to say. A more complicated case is when a person denies certain (even positive) qualities in himself/herself, and instead attributes other people with these qualities. Rather often, projection occurs when one is not able or ready to accept their own motivations and emotions (Listverse).

Another important defense mechanism is regression. When frightened or stressed, a person may suddenly start behaving in a childish manner: for example, start giggling uncontrollably when getting acquainted with a person of the opposite sex, or become capricious when not being able to get something desired. In other words, regression means returning to more primitive or childish forms of behavior when facing difficult situations (Simply Psychology).

All of these mechanisms are not necessarily harmful; they are useful and necessary at some stages of one’s life, protecting the psyche from the challenges a person cannot yet overcome. Besides, when used consciously, these mechanisms can be helpful: projection helps us to make plans and organize our lives (by “projecting” ourselves into the future); repression and denial may be useful in some cases when there is a need to act despite harsh circumstances. However, many of these mechanisms tend to become subconscious and automatic; from this perspective, they can definitely decrease the quality of a person’s life; comparing the human mind to an operating system, defense mechanisms act like programs constantly in the background: a user cannot see them, but they drain system resources uncontrollably if not turned off in time. This is why it is important to detect and understand one’s own mechanisms of psychological defense, and get rid of those of them that have become useless.