Reality TV and Its Impact on Teenagers 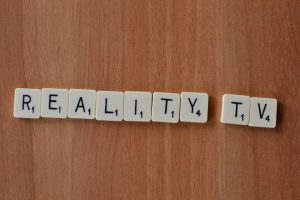 It is probably impossible to find a person living in a developed country that would not have heard about reality shows. A relatively new genre of entertaining production, reality television quickly gained popularity among all audiences, becoming one of the most demanded-for and lucrative niches in mass media. It creates extremely appealing, sometimes even addictive content. This would be fine if its audience consisted entirely of adults: grown-up people usually have established behavioral models, shaped outlooks, and tend to view reality TV content as mere entertainment. At the same time, a large percentage of viewers are teenagers or even children–and in this case, the worldwide popularity of reality shows may be not so harmless after all.

Although its emergence and development is usually associated with late 1990s and youth-oriented channels such as MTV, the history of reality television goes a little back further in time. It all started in the 1970s with the show called “An American Family” released on air (ANVC). A series of documentaries depicting mundane and sometimes dramatic events in the lives of a regular Californian family captivated the minds and hearts of millions of Americans, paving the way for hundreds of the show’s ideological successors.

The idea of a reality show is somewhat voyeuristic: a group of “real people” allows cameramen, directors, and other TV staff into their homes or other everyday environments, and lets them broadcast their lives on television. To make these shows more interactive, producers often initiate all kinds of voting–for example, when the audience decides the fate of the show’s participants via online polls or phone calls.

Rather often, even adult viewers rarely contemplate the possibility that the people they watch are actors, that they follow a script, and that the plot and dynamics of the show often reflects the demands and expectations of the target audience (Screenrant). In the case of teenagers, they tend to see behavioral patterns and relationship models depicted in their favorite shows as exemplary, especially if there are celebrities involved–and this is just one of the numerous problems. In particular, reality television often shows excessive amounts of aggression; this is needed mostly to keep the audience “on their toes,” making them guess about the outcomes of numerous fomented interpersonal conflicts.

For example, shows aimed at female audiences may promote gossiping, condescendence, and bullying as a part of “normal” women’s behavior (The MGH Clay Center for Young Healthy Minds). Shows directed for men can do the same, encouraging the usage of aggression or even violence as a mean of solving interpersonal conflicts and/or relationship problems. Jealousy, inadequacy, intrigues, gossips, and verbal and emotional abuse are often fake in the case of reality shows, and are meant to attract and thrill audiences. However, teenagers may see it as real, adopting and reproducing these behavioral patterns in real life. And, considering how much time a regular American teenager spends watching television, this fact is alarming.

An even more disturbing effect reality shows may have on teenagers is early sexual activity and substance use. “Sex sells” is a formula too efficient to be neglected in show business. A vast amount of television products promote or depict sex one way or another. Reality shows are no exception from this rule; it is not uncommon to see sexually-suggestive or explicit content in such reality shows as “Ex on the Beach” or “Big Brother.” At the same time, according to the Kaiser Family Foundation, teenage girls viewing such reality shows tend to view physical attractiveness and sexual appeal as criteria for success in real life, or even means of reaching it. There are also reports proving that teenage girls watching shows with sexual content are more likely to get pregnant at an early age. Moreover, many shows depict people under the influence of alcohol behaving inadequately. Some studies assume that teenagers viewing such content may feel like it is safe for them to consume alcohol at a young age, or that they cannot be held accountable for their behaviors when drunk (Livestrong). These two factors combined generate an explosive mixture, adding up to regular teenage hormonal storms: needless to say, it can make unpredictable adolescent behaviors even more rebellious.

In the case of some reality shows, children and teenagers can be not only viewers, but also participants. This is mostly true for all kinds of talent shows focusing on children’s extraordinary talents or abilities. Although it can be considered relatively harmless and many parents enjoy watching such shows together with their kids, there may be negative psychological effects here as well. In particular, according to Arundhati Swamy, a family counselor and parenting expert, such shows may draw parents to a belief that their children must also exceptional and talented in some area. It is alright if a child indeed has a talent, and his or her parents do not try to benefit from it. However, children who are so far not extraordinary in any way may start experiencing lower self-esteem, comparing themselves to the participants of TV shows. Or, parents may start putting emotional pressure on their children because of this–and the attempts to adapt to excessively high expectations can have a number of adverse effects on a child (Parent Circle).

Overall, it can be said that reality shows are not affecting teenagers and children positively. Whereas adults with shaped outlooks and behavioral patterns often view such shows as entertainment and do not seem to be affected by them significantly, teenagers may adopt inappropriate behavioral patterns seen on television. Such patterns include aggression and bullying, early sexual activity, and substance use. Therefore, it is advisable that teenagers watch reality shows under their parents’ control, or do not watch them at all.

Peek, Holly. “The Impact Of Reality TV On Our Teens: What Can Parents Do?” The MGH Clay Center for Young Healthy Minds, 11 Aug. 2014, www.mghclaycenter.org/parenting-concerns/teenagers/impact-reality-tv-teens-can-parents/.