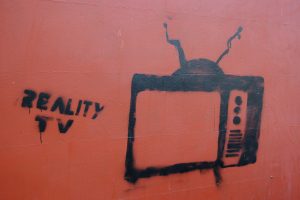 Reality television is a highly-watched form of television worldwide that features unscripted (mostly) shows of people’s personal lives. Why? I think it has to do with the fact that people are curious about how other people are running their lives and what peculiarities are present in the human condition. And also, strangely, people often like to watch other people in trouble or involved in dramas, as it makes their lives seem less stressful and more normal. Anyways, when did reality television first begin to appear and why? We will answer these questions in the following paragraphs.

Reality television is much older than most people suspect. It all began in the late 1940s with Queen for a Day, which aired from 1945 to 1964. Though this American TV game show was centered on women winning prizes, there was a portion of the show that featured women talking in an unscripted manner about their financial difficulties and family life in order to elicit a reaction from the audience (A Complete Directory to Prime Time Cable and Network TV Shows). After this semi-reality show came Cash and Carry in 1946, which sometimes showed contestants performing stunts (this is another form of unscripted behavior). But it was not until 1948 that the so-called prototype of modern reality shows came about with Candid Camera. It was a show based solely on people’s reactions to pranks, and all the participants were not aware of the pranks beforehand (Rowan, Beth). This show laid the groundwork for many spin offs of its concept, and for the genre of reality shows in general, with its highly improvised manner of filming.

Also airing in 1948, Ted Mack’s Original Amateur Hour and Arthur Godfrey’s Talent Scouts revolved around featuring amateur performers and audience voting that is akin to today’s American Idol, X Factor, and The Voice. More game shows started to pop up in the 1950s, like Beat the Clock and Truth or Consequence. They continued the trend of silly competitions, spontaneous stunts, and pranks. Airing in 1958, Confession was the first reality show about police and criminals, which displayed interviews with criminals about their backgrounds. This undoubtedly led to the countless police reality shows that are present today (McNeil, Alex). These shows demonstrated that audiences enjoyed knowing the inner workings of not only everyday people, but also those who do crime. Reality TV was getting more serious—it was not just a way to watch people do ridiculous things or have light-hearted reactions to people’s pitfalls.

A unique concept for reality television began in the United Kingdom with Seven Up! in 1964. It focused (and still does) on the lives of 12 regular 7-year-olds and their thoughts about what is going on around them. Surprisingly, the show is still being aired, as each 7 years, a film is dedicated to the lives of these 12 boys (now men). All these participants have become celebrities in their own right. Though the show is based on interviews and has no inherent plot, the audience’s fascination with the lives and growth of these individuals has made the show popular and a progenitor of similar shows (The Post-Standard).

And finally, the precursor to more shallow reality television, Chelsea Girls directed by Andy Warhol had no direction. The film was simply about his acquaintances’ lives. The Radio Times Guide to Film 2007 noted that Chelsea Girls is “to blame for reality television” (Baracaia, Alexa). There were shows with no direction before, but it did not seem to have any real value.

Reality TV is all about diving into the personal, intimate lives of others, and seeing their reactions to certain situations. In the 1940s and the 1950s, the groundwork for modern reality television was laid by such shows as Candid Camera, Original Amatuer Hour, and Confession. Now reality TV is a standard for worldwide viewers, and sometimes the most popular shows being broadcast.