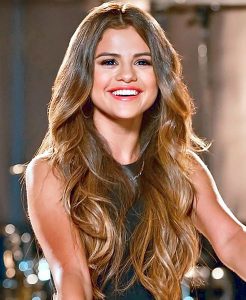 Selena Gomez is one of the most famous entertainers in the world. She is an American singer, actress, and even producer. Besides being the most followed Instagram user, she has won more important accolades, such as having seven top-ten songs in the US Billboard Hot 100, an ALMA Award, eighteen Teen Choice Awards, an American Music Award, an MTV Video Music Award, a People’s Choice Award, and two Billboard Women in Music Awards. But how much do we actually know about Gomez, despite her being an uber-famous actress and a singer of catchy tunes? This essay will delve into her history and show her progression to becoming an acclaimed performer.

Selena Marie Gomez was born on July 22, 1992, in Grand Prairie, Texas. Her parents are Ricardo Joel Gomez and stage actress Amanda Dawn “Mandy” Cornett. Since her mother was an entertainer, it is no surprise that Selena after the singer Selena Quintanilla-Pérez. However, the marriage between her parents was not happy, and the couple divorced when Selena was only five years old. Selena stayed with her mother after the separation. The family struggled financially since Selena’s birth, and even more so after the divorce. Also, her mother was sixteen years old was she gave birth to Selena, and Selena’s grandparents helped to raise her (Bahr, Anna).

Despite this rough upbringing, she got an early start in the entertainment industry, being inspired by watching her mother preparing for stage productions. Before she was 10 years old, she was already auditioning. Barney & Friends, a famous children’s television show, chose Selena to appear in the production in 2002. In all, Selena appeared in 13 episodes in two years before she was deemed too old to be present on the show. Selena later stated that she learned most of what she knows now about acting for television from this initial experience (“Selena Gomez”).

While working on Barney & Friends, she had a cameo role in the film Spy Kids 3-D: Game Over in 2003. Her next cameo appearance was on the film Walker, Texas Ranger: Trial by Fire in 2005. Continuing to audition through her schooling, she also made a guest appearance on an episode of The Suite Life of Zack & Cody in 2006. She was homeschooled throughout these years, all the way up until receiving her high school diploma in 2010 (Nessif, Bruna).

Her breakout year, though, was 2007. This was in large part due to her being accepted for a recurring role in the series Hannah Montana, where she acted as popstar character Mikayla. While working on this series, Selena filmed pilot episodes for Disney shows Arwin! and Stevie Sanchez. She also auditioned and got the lead role in the Disney series Wizards of Waverly Place. This caused a dramatic shift in her career and family life, as Selena and her mother moved to Hollywood, California. Wizards of Waverly Place became a mainstream hit, and even went on to win nominations and awards. During this time, her singing career also started to take off, as she sang the theme song for Wizards of Waverly Place (“Wizards Of Waverly Place”).

While working on this series in its second season, she made more cameo appearances in music videos, and contributed to the album DisneyMania 6 with the cover of the song “Cruella de Vil.” In addition, she recorded the song “Fly to Your Heart” for the soundtrack for the film “Tinker Bell.” She also had a leading role in the film Another Cinderella Story in 2008. She was asked to sing three songs for the soundtrack. In the same year, Selena had a supporting role in the film Horton Hears a Who, which went onto to be a great success. All this work in her portfolio impressed the Hollywood Records label, and they agreed to sign her at age 16. This was just the beginning of her rapid stardom: she recorded several albums with a band, and went on to have a successful solo career, and continued to be in hit films, with roles that show her growing maturity as an artist. Though she later contracted lupus disease, she has a strong will, and continues to tour and act in films, receiving accolades and praise from critics (Rocketto, Leah).

Despite her financial issues in her childhood, and contracting lupus disease, Selena Gomez has been an entertainer practically since age 10. Inspired by her mother, she has been cast in many films, televisions series, and commercials, along with obtaining a budding music career as a popstar. From her portfolio, you can see without doubt that she is a hard worker and always keeps herself busy. Despite her health issues, her future looks bright.